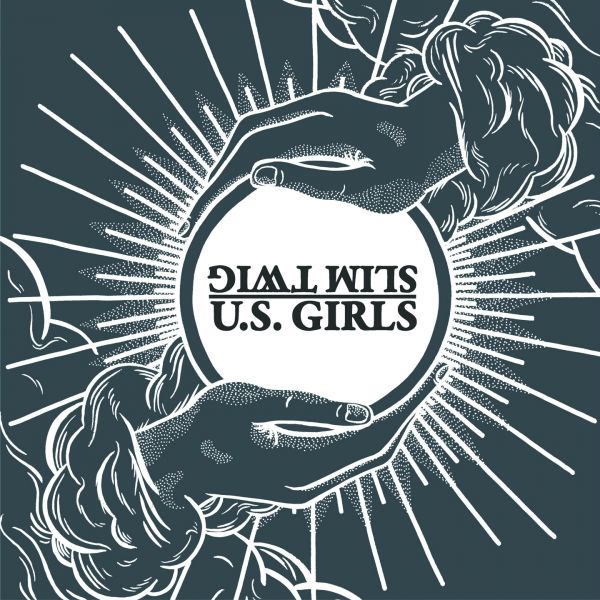 Palmist, a new independently-run sister label of FatCat Records, is delighted to announce it’s first release in the form of a limited 12” split featuring U.S Girls and Slim Twig.

There are more similiarities between Meghan Remy's U.S. Girls and Slim Twig than a first listen of their past releases might suggest. Both artist's works have been defined by an exuberant admiration for pop music, mixed with a revelry in distorting those fascinations with noise and abstraction. 12PALM01 unites these artists and their common ground more clearly, serving less as a diverse split record than approaching something more like a cohesive statement.

An exploration of propulsive, sample-based psychedelia marks the introduction of both sides, with the explosive 'If These Walls Could Talk' by U.S. Girls and 'Paisley Skin' matching the intensity on the flip side. More mirroring between the artists follows the opening blasts, with idiosyncratic revisions of classic pop tropes matched with abstracted detours on both sides. A key similiarity between the two is their shared love of the classic crooners; the singers own distinctive vocals are the defining element of their respective discographies. Both sides see the artists making great strides as vocalists, with expressive singing the centre of personality on each of the defined productions. Uniting the sides further is each artist's participation in the other's side; Slim Twig co-produced and recorded Remy's side, while the U.S. Girl lent her pipes to Twig's 'Priscilla'.

What is most exciting about this record is what each side suggests about Twig & Remy's upcoming releases. They are currently at work extending their collaboration, co-producing a U.S. Girls full-length, while Remy contributes to Slim Twig's album-in-progress. The newfound clarity on the U.S. Girls side serves as preview for her latest material, while the live, art-pop sounds of 'Priscilla' & 'I'll Always Be A Child' showcase Slim Twig's new songwriting ambitions.