Tales from the Sitting Room

by Stromba on FatCat Records 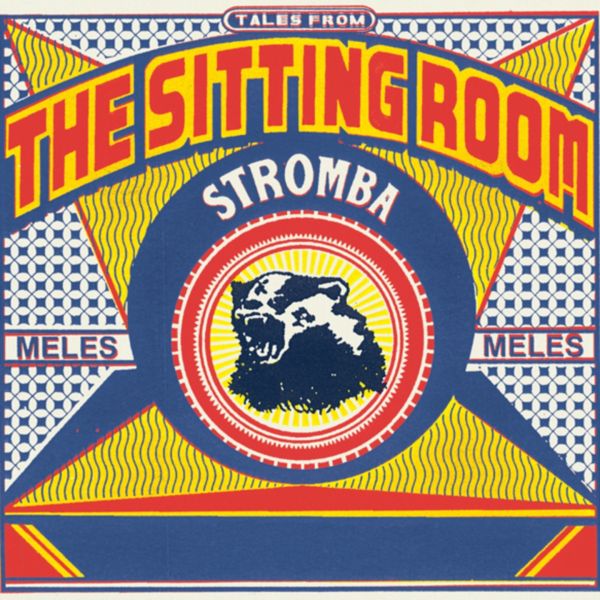 Following their acclaimed ‘Giddy Up’ 12” released in December 2004, Stromba made an uncharacteristically swift return to the fore, this time with their debut long-player, ‘Tales From The Sitting Room’. Though not entirely dissimilar to the aforementioned 12”, drawing from the same pool of inspiration (jazz, dub, disco, rock, soundtracks, hip hop to name a few), the title of each record gives more than a clue as to what lies therein.

Starting out in ’98 as a duo making sample-based tracks on an Akai S950 with a few overdubs, Stromba have since then expanded into a more collective based entity. Their first EP, ‘The Pinch’, was released on FatCat in ’99, and then things went a little quiet. In between sporadic writing and prolonged bouts of silence, James Dyer concentrated on managing DC Recordings, while Tom Tyler released several records on the same label. But slowly (very slowly), an expanded line-up was taking shape, exchanging and nurturing ideas, moving towards the contrasting yet cohesive integration of styles to be found on their debut LP. Still revolving around the axis of core producers James Dyer and Tom Tyler, ‘Tales From The Sitting Room’ also features regular collaborator James McKechan (bass / guitar), alongside contributions from Adrian ‘Terry’ Meehan (drums and percussion), Duncan Mackay (trumpet, melodica and hammond organ), Max Brennan (double bass, tablas, drums), Teowa Young (violin), James Nye (Saxophone), and Nichol Thompson (Trombone).

For the most part recorded in Tom Tyler’s sitting room (hence the title), it’s undeniably a more downtempo record than it’s predecessor, but no less vital. Tracks tend to evolve from a core sample, moving off in their own direction, avoiding obvious generic 4/4 cut and paste in favour of a more expansive, finely honed, organic feel. At times reminiscent of Bitches Brew era Miles Davis, haunted, Ethiopian jazz, authentic heavyweight Dub, or Lalo Schifrin-esque soundtracks, the fusion nevertheless somehow results in something overwhelmingly personal and unaffected. From the eastern smog of ‘Camel Spit’ to the echo laden ‘Septic Skank’, through to ‘Giddy Up’s afro-disco workout or ‘Swamp Donkey’s Gamelan dub, influences weave in and out, riding live drums and tight percussion, thunderous basslines snaking their way through. Overall, ‘Tales From The Sitting Room’ displays a keen sense of narrative, and a seamless blending of live musicianship and production technique.