by Jennifer Touch on FatCat Records 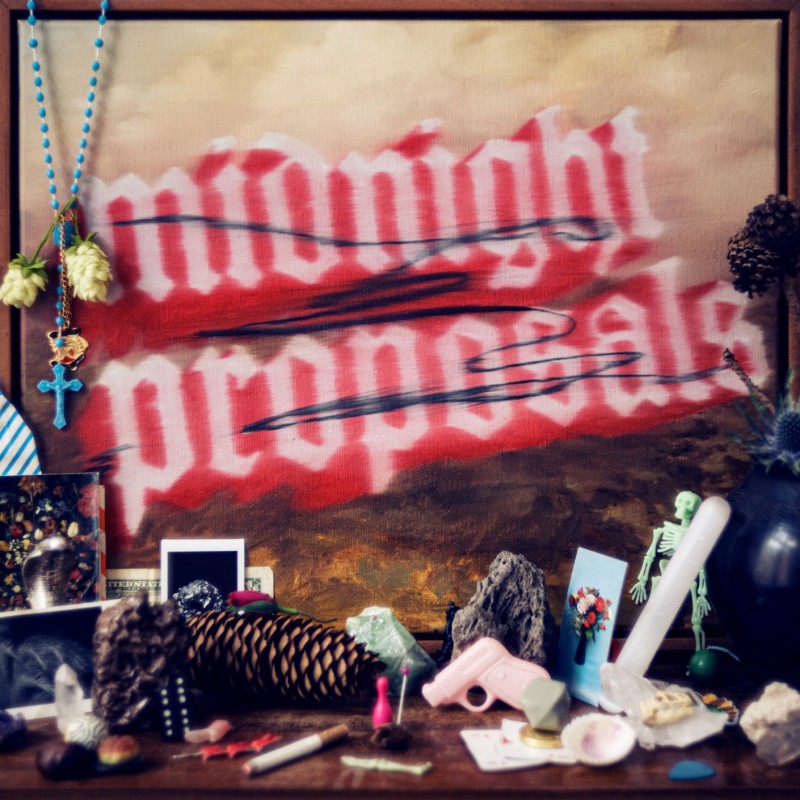 Touch was reading ‘Grapes of Wrath’ by John Steinbeck when she started to work on her record ‘Midnight Proposals,’ due out in February on FatCat Recordings. “The whole settlers movement touched me, and I really felt like a cowboy whilst writing and recording these songs,” she explains. It reminded her of her great grandparent’s story, and the house they built in the 30s that was her sanctuary as a child. “As cosy as it was, I always yearned for somewhere else, to find myself and my own place to settle.” Full of hope and mystery, ‘Midnight Proposals’ is a selection of songs that both celebrate and question the romance of this illusion, documenting a very human desire to search for our people and our safe place. For a reinvigorated Touch, it marks the next stop of a journey both artistically and sonically. “These are my dark proposals to the world,” she proclaims. “So come and join me around the fire!”

Unlike biographical debut album ‘Behind the Wall’ which took years to pen, ‘Midnight Proposals’ was written in an explosion of energy and creativity and completed in just 4 months. Touch spent a few weeks prior sorting her set-up from her Berlin studio and gathering the tools she needed to complete the record. “I didn’t know what was going to happen, I just said to the universe: hey, I’m here and I’m your vessel. It was a like a trip or something and I really don’t remember the process, but I love every song on it.”

Touch’s 2020 debut ‘Behind the Wall’ was a coming-of-age record of sorts, dripping with cold sensuality and delivered with a visceral post-punk snarl. In contrast, ‘Midnight Proposals’ feels free from the shackles of adolescence, and places her amongst dark wave electronica’s elite, rubbing sonic shoulders with PJ Harvey, Tempers and Depeche Mode. She calls it Post-Wave-Cold-Pop-Acid-Romance. It’s an intriguing and assured record from an artist on a journey, not afraid to share the intimate details on route to her destination, and wherever that may be.