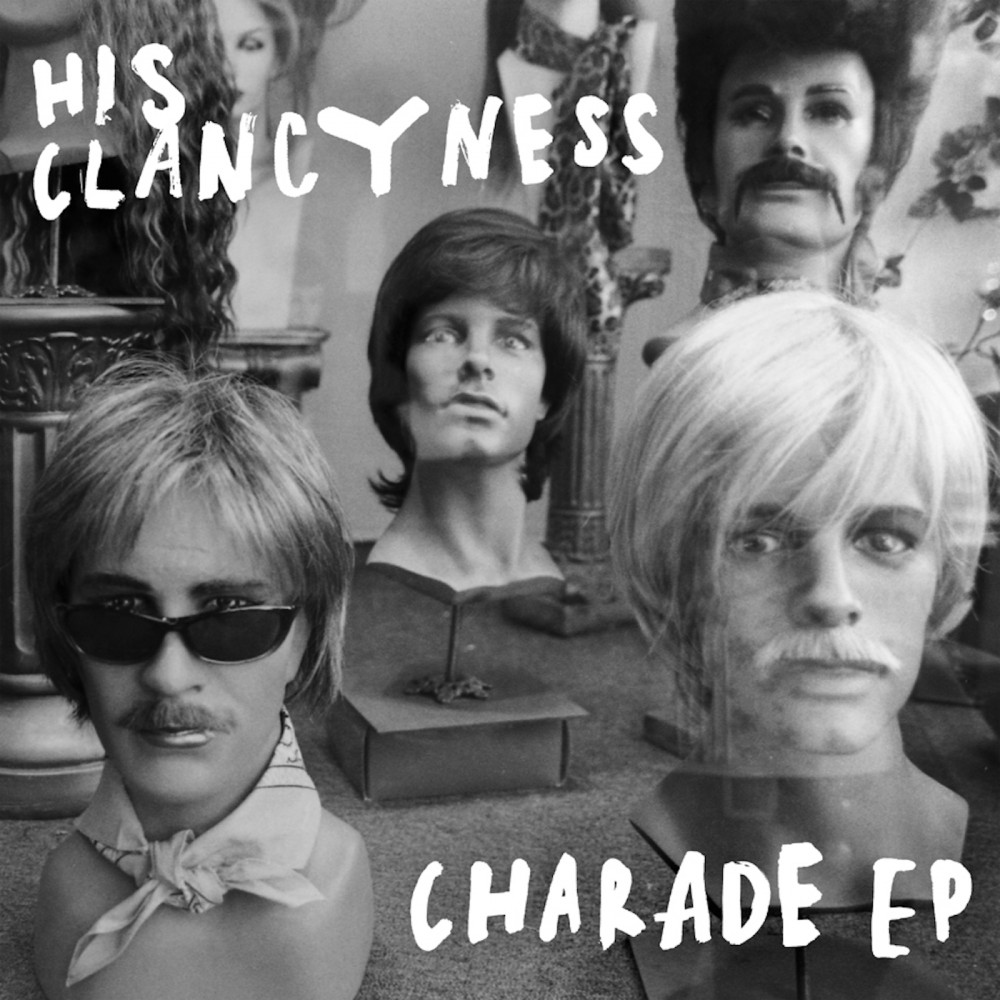 Having recently announced the signing of His Clancyness, FatCat is delighted to present ‘Charade’, a release which utilizes the tape format to place the past and future of the band side by side; side B collecting together the bedroom recordings that were met with a wave of excitement from tastemaker sites such as Pitchfork, Gorilla Vs. Bear and No Fear of Pop, while side A consists of two tracks from the stunning forthcoming full-length ‘Vicious’, a bold, confident album that exceeds expectations and transcends the initial wave of hype that surrounded the band.

Showcasing the impressive songwriting ability that His Clancyness mastermind Jonathan Clancy has demonstrated since the start of the project, opening track ‘Safe Around the Edges’ is a hook-filled, intelligent pop song that encapsulates the His Clancyness sound perfectly. A heady mix of breezy Americana and tightly wound kraut-rock, Clancy’s compositions simultaneously bring to mind contemporary artists as diverse as Kurt Vile and Lower Dens but are delivered with the ease and a flair of a songwriter totally confident in his own singular vision.

The ‘Charade’ tape EP will be released on May 20th in support of high-profile tours with the bands Deerhunter and Widowspeak, two very different artists which His Clancyness also share genetic material with, recalling the former’s love of a motorik beat and the nostalgic romanticism of the latter. Now based in Bologna, by way of Ottawa, His Clancyness have built up a large following and honed their live craft through tours in mainland Europe, recently also making the trip over to the U.S. for SXSW and well-received headline shows in New York.