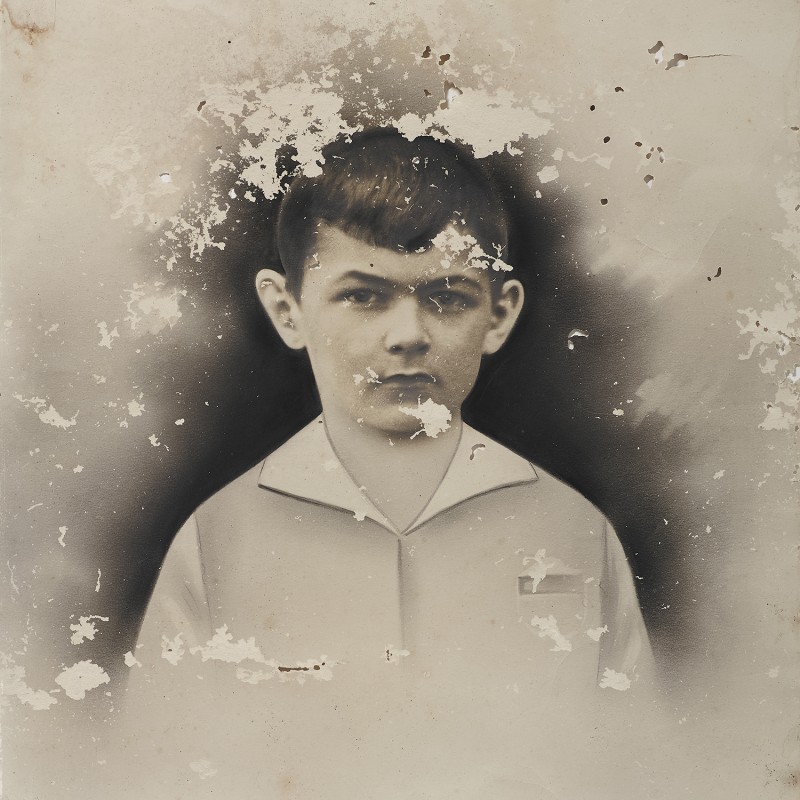 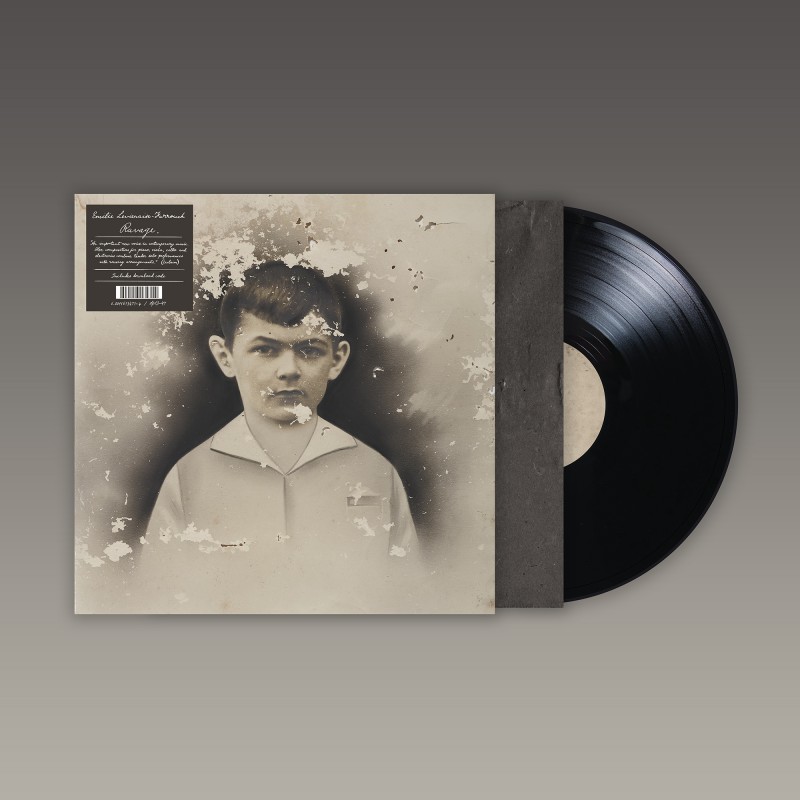 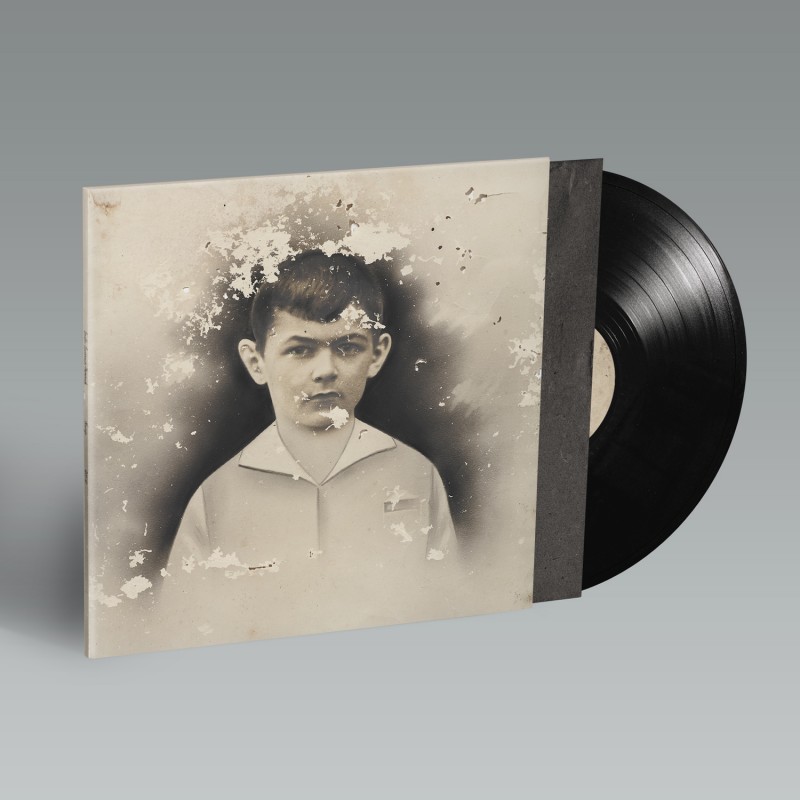 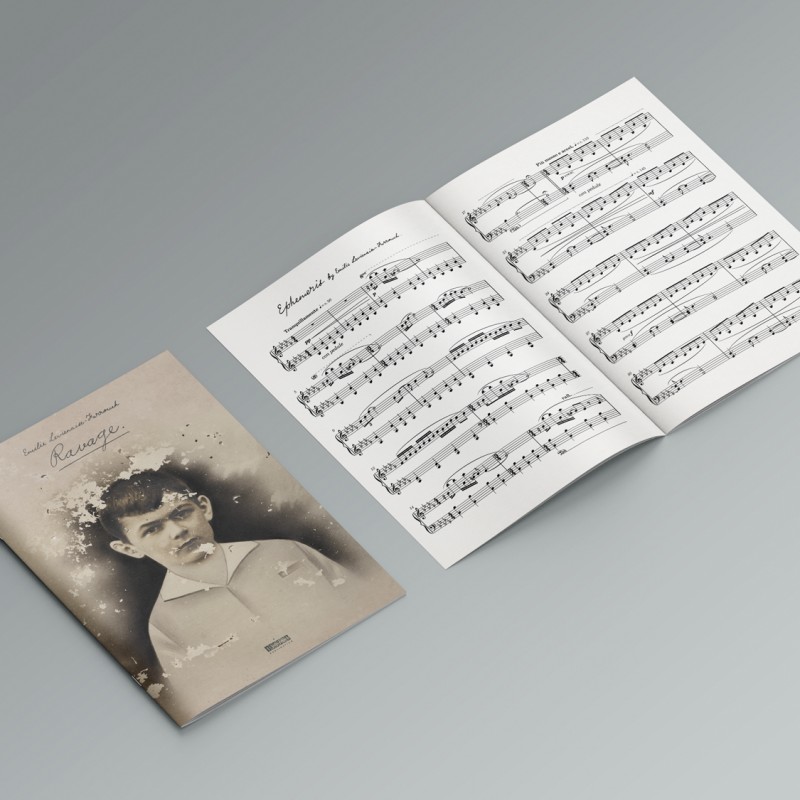 Emilie Levienaise-Farrouch returns with a brilliant third album.. Ravage is the London-based French pianist/composer’s first standalone album since 2018’s Époques, following which she has been busy building a name for herself scoring an increasingly high-profile series of films. A powerful, deeply personal album that charts the process of grieving for a parent, Emilie describes Ravage as “the most intimate and personal project I've created”.

Recorded largely at home in London over the lockdown in winter of 2020/21, the piano parts were recorded at Love Electric in April 2021 on a Bosendorfer Imperial. It was mixed at Spitfire Studios and mastered by Rafael Anton Irisarri. Unlike her previous albums, both of which featured string parts performed by soloists from the London Contemporary Orchestra, the entirety of the music this time around is Emilie’s work alone. “In part due to the subject of the album, I decided to play everything on this record myself”, she notes. “Being produced during the lockdown, it made sense to be as independent and nimble as possible.”

The composition process began in 2018 with the album’s title track, which Emilie felt compelled to write during a period of intense grief after losing her father. “It was a way for me to express and process the emotions I was going through, especially as I found it impossible to verbalise, or even tell people. It felt a rather solitary experience because we rarely talk about the loss of a parent with whom one had a fraught relationship, and those extremely layered and complex feelings toward that parent can be hard to explain.”

That slippery emotional complexity is rendered palpable across an album that side-steps the traps of cliché to deliver a roller coaster set where feelings appear in a state of flux. “I wasn’t looking for a universal pattern or ‘5 stages of grief’, but at how loss is experienced on an individual level”, Emilie explains. “It's looking at an event that is so banal and yet cataclysmic, at how thoroughly unprepared we are for something almost all of us will experience, but also at how the loss of someone might help us understand them, remove any tension or resentment, and help us see their fragility.”

Reading numerous literary accounts of grieving, Emilie was inspired by artist Taryn Simon's piece An Occupation of Loss, which featured professional mourners from around the world and the public performance of grief. This informed the way she used her voice to help create the album’s drones and textures. “I see Ravage as a mourning diary - it's intimate, ritualistic in the sense that some of the methods used are sometimes more to do with their symbolic meaning than with the resulting sound.” Her voice was recorded via contact microphones applied directly onto her throat or chest to try and capture an interiority in the sound, the personal experience of a mourning sound rather than its public expression. Another touchstone was Latvian parapsychologist Konstantins Raudive's mid-’60s study of Electronic Voice Phenomenon – finding spirit voices embedded in electronic recordings. On ‘Fata Morgana’ a short passage from her father’s correspondence was weaved into the track, manipulated and filtered to the limit of legibility, “making you feel you could almost grasp its meaning without ever being fully able to.”

From start to finish, Ravage has a strong, considered narrative flow that bears witness to Emilie’s skill-sets as both a pianist and sculptor of sound. Ditching strings for synths and far more drone-heavy than before, it sees a bold coalescence of acoustic and digital sources, of the arranged/processed and the performed. With much movement both across the album and within tracks themselves, richly textured and layered sound pieces are interspersed between, and seep within, Emilie’s forceful yet fluid, emotive piano playing.

A resonant, powerful excavation of the grieving process that sidesteps clichéd tropes to probe the full depths and complex spectrum of human emotion, Ravage is surely Emilie’s most ambitious and fully-realised album to date. Set apart from the swathes of contemporary classical pianists by the boldness and bite of her sound design, whilst adding an intricate, emotive instrumental performance missing from much sound art, she is steadily carving out a niche for herself as a composer with a singular sound and vision. Following in the footsteps of recent adventurous composers like Johann Johannsson, Mica Levi and Hildur Gudnadottir, Emilie looks set to break through as another hugely talented artist combining roles as composer for both film and her own wonderful music.

** Due to continued manufacturing delays, the vinyl release will be released on June 17th but may be subject to further delay.