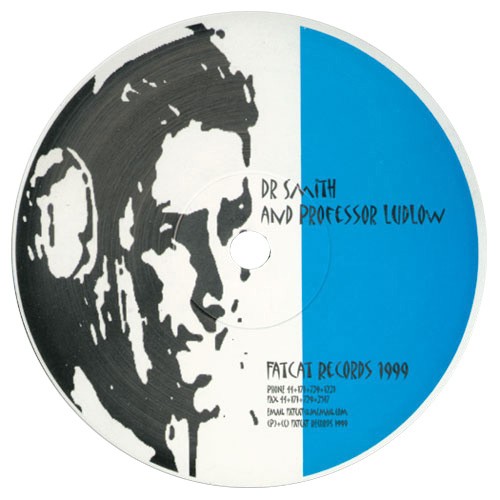 Requesting that their identities remain unknown, the enigmatic Dr. Ludlow & Mr. Smith mark their collaborative debut for Fat Cat with a potentially massive 4-track EP.
Based around a (Depth Charge-y) Western atmosphere, ricocheting gunshots and classic widescreen samples, 'Ugly' offers a staggering, seriously radio / dancefloor-friendly take on Morricione, complete with some stunning stereo-programming. On a mellower vibe, 'Hank' is a cut-up '90s re-hash of a slick, sleazy '70s porno-funk track - squirming and sliding with dirty intent.

Besides these two storming tracks are a further two that highlight the humourous side of Ludlow & Smith's persona: 'I Hope You Like Mice' is comprised entirely of Rolf Harris samples, to form a hilarious, collapsing space of coughs, wheezes, splutters and chopped-up vocals. In keeping with Grain's two Fat Cat releases, 'Neil Phones Clive Via Akai' is a confused essay in the art of the telephone wind-up.

Despite their undercover status, 'Professor Says Raas' should (if there's any justice) provide Ludlow & Smith with some serious dancefloor status.