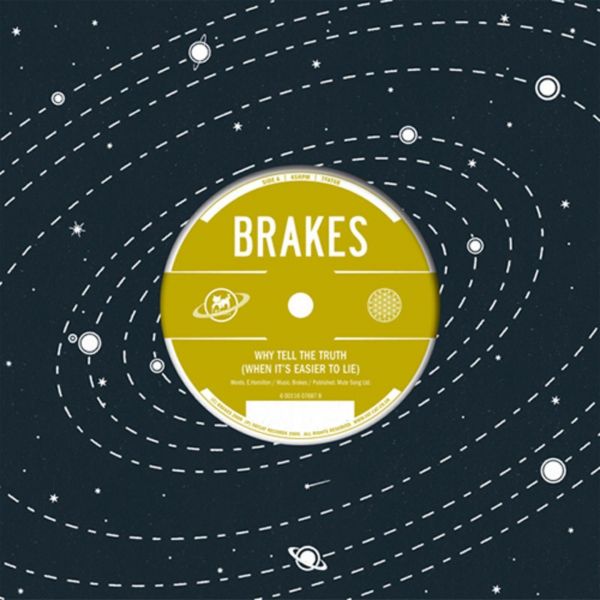 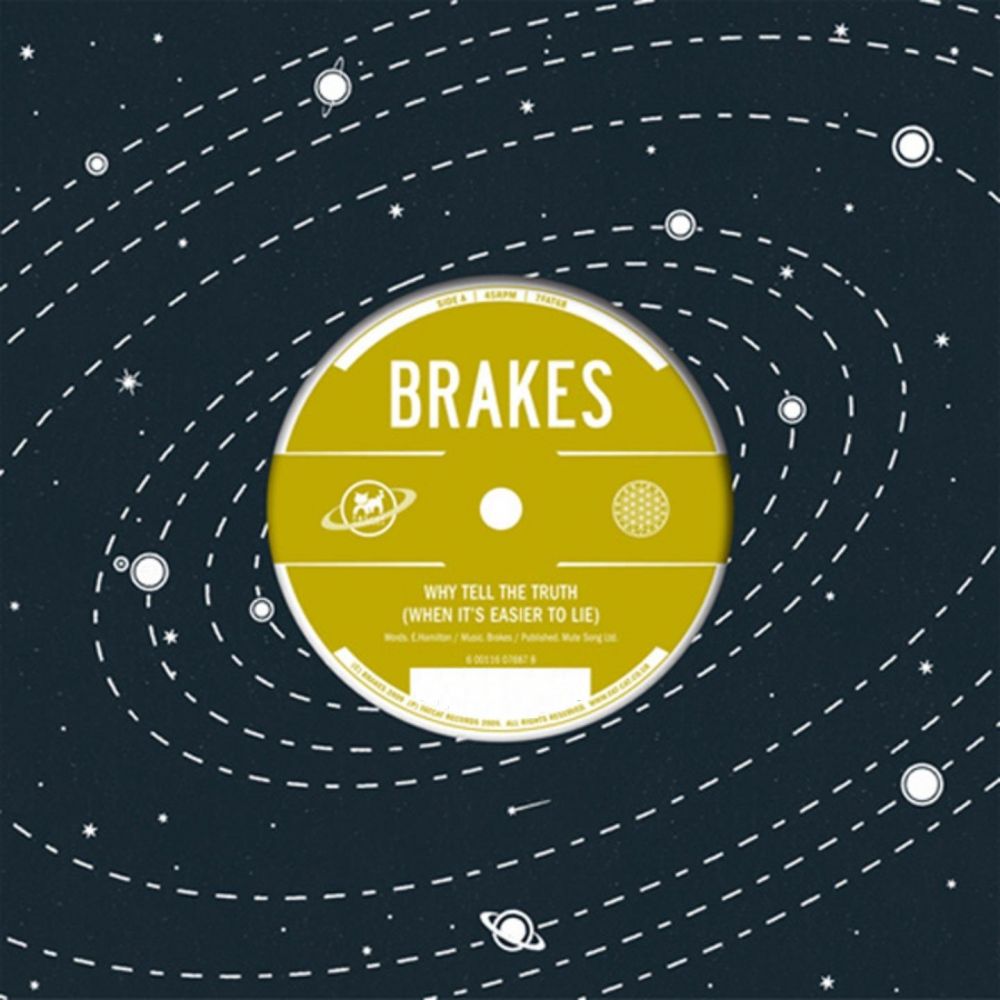 Brighton’s Brakes follow up their first full-length album for FatCat (April 2009’s ‘Touchdown’) with this double-A side: bitingly witty and musically vibrant in equal measure. The two tracks were recorded – along with the rest of the album from which they are taken – by The Delgados’ Paul Savage at the legendary Chem 19 Studios in Scotland and mastered by the equally legendary Alan Douches at West West Side.

Former British Sea Power keyboard player Eamon Hamilton put Brakes together in 2003 with the help of friends and collaborators Tom and Alex White (of Electric Soft Parade) and Marc Beatty (of The Tenderfoot). According to Hamilton’s own account “the immortal words ‘let’s form a band’” were the inimitable starting place of Brakes. Hamilton’s band members helped form his solo songs into a blend (to quote Hamilton again) “of Johnny Cash, the Clash, the Pixies and Woody Guthrie”. After two albums for Rough Trade Records (2005’s ‘Give Blood’ and 2006’s ‘The Beatific Visions’) – both of which critically-acclaimed, devilishly-astute reactions to the world Hamilton idiosyncratically inhabits – and a lot (a lot) of touring, 2008 saw Brakes find a new home with FatCat and an album release in ‘Touchdown’ (released on April 20th). Released on 7” and digital, ‘Why Tell The Truth (When It's Easier To Lie)? / Worry About It Later’ is the third single from that album.

Explaining the A-side title, Eamon says - “I went 75p overdrawn on my bank account, but was out of the country for a few days. By the time I realised I’d gone overdrawn, the bank had charged me £75. £75!!!!! Morally f***king WRONG. They were basically asking me to bail them out of their financial crisis.”

Opening with a sprightly acoustic guitar riff, “Why Tell The Truth…” demonstrates Brakes’ ability to ingest era-spanning influences and weave them effortlessly into something innovative and expressive without ever dropping their unique sense of identity or articulation: the spirits of country and folk music are both present in the track’s joyously anti-consumerist lyrical themes and in its instrumentation, held together with the energy of punk and the eccentricity of a Pixies-esque squall.

The self-produced video for “Why Tell The Truth…” sees Eamon playing two characters: a sharp-suited, mustachioed, eye-patched Wall St. banker, and a ragged, homeless bum with a guitar as his sole possession. It is hilarious, sharp and affecting.

The AA-side is something quite different: a bright, skipping, summery chord sequence and an understated vocal delivery from Eamon yields a perfect demonstration of Brakes’ ability to combine sweetness with might (“Worry About It Later” is largely the former, but not lacking in the latter). The track is charming and engaging and delivered with an amazingly serene conviction. Uncharacteristally quiet about the song’s meaning, Eamon writes that the track is “self-explanatory” in his Touchdown-accompanying notes. Not coincidentally, the lyrics are darkly droll and enchantingly humoured, genuinely touching and poetically unrevealing.