by Beaters, Prize Pets on Palmist 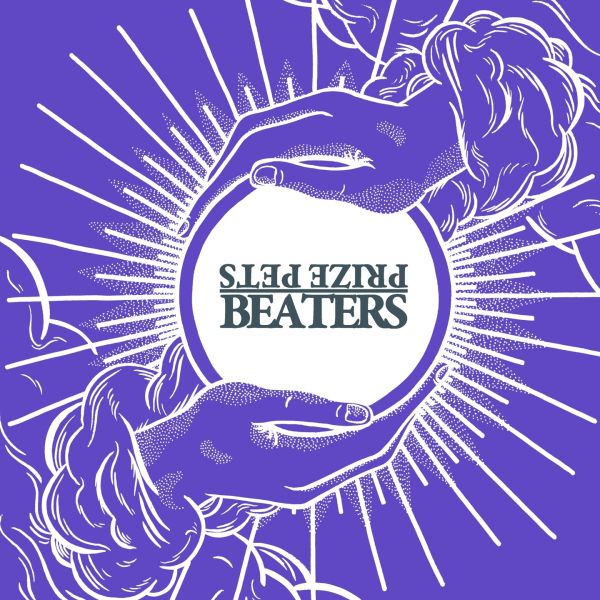 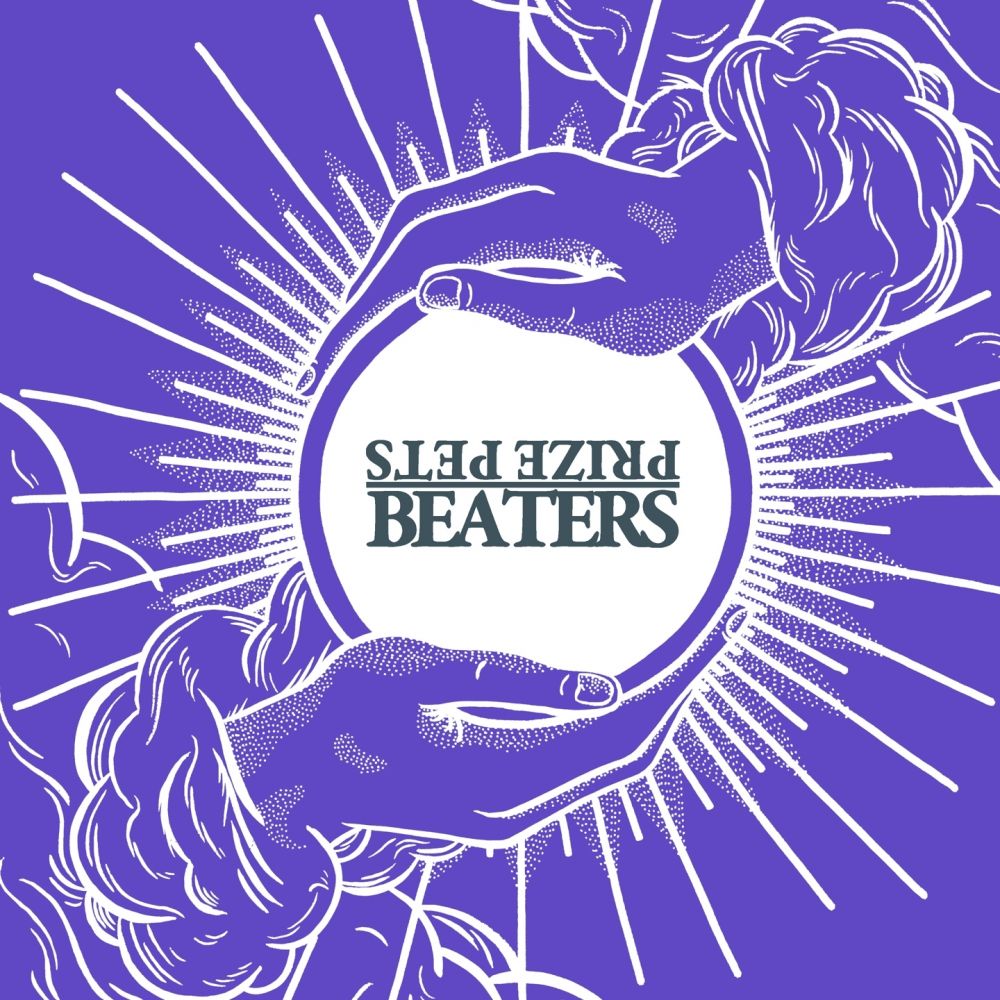 Palmist is delighted to present 12PALM04, with California’s Beaters and Nottingham/ London’s Prize Pets taking a side each on a split 12” limited to 500 worldwide. The split sees both bands present their own distinctive take on a sound that draws on the genres of Post-Punk and Garage, with Beater’s ‘pre-apocalyptic’, synth-supplemented darkness contrasting with the optimistic guitar-driven agit-pop of Prize Pets.

Beaters, formed by singer-guitarist Jeremy Riojas and drummer Andrew Montoya, is mutant-noir-punk emerging from the borderlands of California. Beaters grew up in a cult, did time in jail, went AWOL from military duties, played in The Sess and frequents Ale Mania. Beaters fights the sugar-coated analgesic of urban-outfitted surf-nostalgia with distrust, paranoia, and darkness to remind us of the chem-trails in the sky...still all the while enjoying fish tacos and freshly trafficked pharmaceuticals from across the border. Beaters have a cult following in Italian discotecas where a semi-religious type dance has emerged whenever their song "Fishage" is played. The crowd dances while their hands raise and lower in the air and shake vehemently to ‘Ahhh, Ahhhh, Ahhh, Ahhh, Ahhhh’. Watch for their LP release on Volar Records and catch them live on their U.S. tour with Obits in August of 2011.

Prize Pets, comprised of George Haberis (Vocals), Daniel Chillingworth (Guitars), James Smith (Guitars) and Joe Coope (drums), formed in May 2009 they have since been compared to everything from Flipper and The Cramps to The B52’s. However, to get too wrapped up in comparisons is to ignore what a surprising and exciting proposition Prize Pets are. The first two tracks from their side of the split demonstrate what the band do so well; restless interlocking and melodic guitars, urgent vocals and contrary, unpredictable lyrics. ‘It takes time to figure out exactly what you want to be/ Don’t be scared to change your mind and don’t expect to get it right the first time’ sings Haberis on ‘It Takes Time’, displaying a wisdom that belies his youth, whilst conversely displaying a wreckless romantic streak by the second track; ‘I’ll quit my job for you, and you can quit yours too’, he implores on ‘Sun Sick.’

Recorded at More or Less Mono studios, with Lovvers’ Henry Withers at the helm, these tracks capture the vibrance and intensity of Prize Pets’ acclaimed live shows that prompted Stuart Stubbs of ‘Loud & Quiet,’ to state that they ‘could easily be your favourite new guitar band,’ after seeing them play at The Stag’s Head in Dalston. This split follows Prize Pets’ acclaimed ‘New Weirdos’ 7”, put out by esteemed Brighton DIY label ‘Sex Is Disgusting’ in Spring 2010. The tracks for that release were recorded by Warm Brains’ Rory Attwell, and an unreleased track from that session is included on this Palmist split, whilst a cover of ‘Melvin’, by 60’s girl group ‘The Belles’ completes the side.