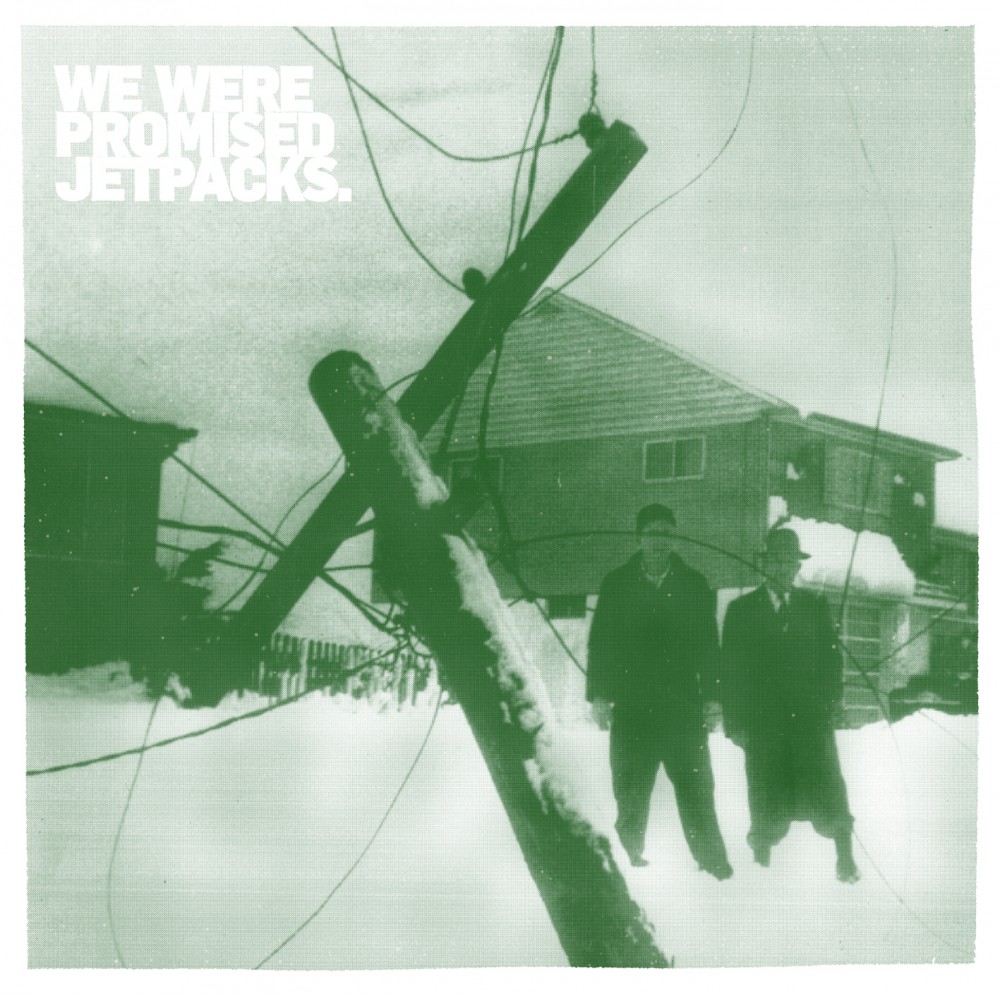 Featuring rewrites of tracks from 2009’s glorious debut album ‘These Four Walls’ alongside new pieces, this new mini-album from Scotland’s We Were Promised Jetpacks – titled ‘The Last Place You’ll Look’ – demonstrates a heartbreakingly tender side of a band that might otherwise be crashing guitars and cymbals into a frenzied, exhilarating thunder. Intended to occupy the musical space between the volume of ‘These Four Walls’’ highest peaks and its quietest plateaux, this EP is the sound of a young band exercising the breadth of their own songwriting voice.

‘This Is My House, This Is My Home’ – a track taken from the full-length – is slowed, subdued and accorded a breathtaking, beautiful string arrangement, while ‘Short Burst’’s new vocal harmonies and lamenting finale yields a result very different from the album version, a result that is gripping and stirring in an entirely new way. Three new tracks, also musically removed from the band’s last recorded work, are closer to The National, Low, or even Labradford than to the Futureheads/Gang of Four references that trailed ‘These Four Walls’. Driven by a cinematic brass arrangement and piano and the familiar, building structure that also features in much of the band’s musical output thus far, ‘A Far Cry’ demonstrates the height of vigour and noisiness found on this EP - sinewy guitar lines filling out a busy rhythm and almost military-style drumming – while the greater body is enveloping, poignant and on the same vast emotional plane as bands such as Sigur Rós or Explosions In The Sky.

Tellingly, ‘These Four Walls’ was a summer release, full of huge choruses and of an intrinsically raw, youthful passion bursting from every track. ‘The Last Place You’ll Look’, contrastingly, was written and recorded by the band during the depths of winter, and a wistful, longing melancholia resonates through the record like a translation of that immediate environment.

Recorded with the band’s sound engineer Andrew Bush (partly in his studio and partly in his kitchen), this EP marks a creative departure from the songwriting techniques that marked ‘These Four Walls’. The recording of the band’s full length was a process of translating completed compositions into accurate representations. Working on this EP, working within a tight two-week deadline, the band were given the demanding (but ultimately rewarding) task of entering the studio without finalised form or structure. With rough sketches and older versions of tracks as starting places, the band assembled new pieces of music and, with Bush, new orchestral arrangements that bemoan and pique in lush unison.