by Stromba on FatCat Records 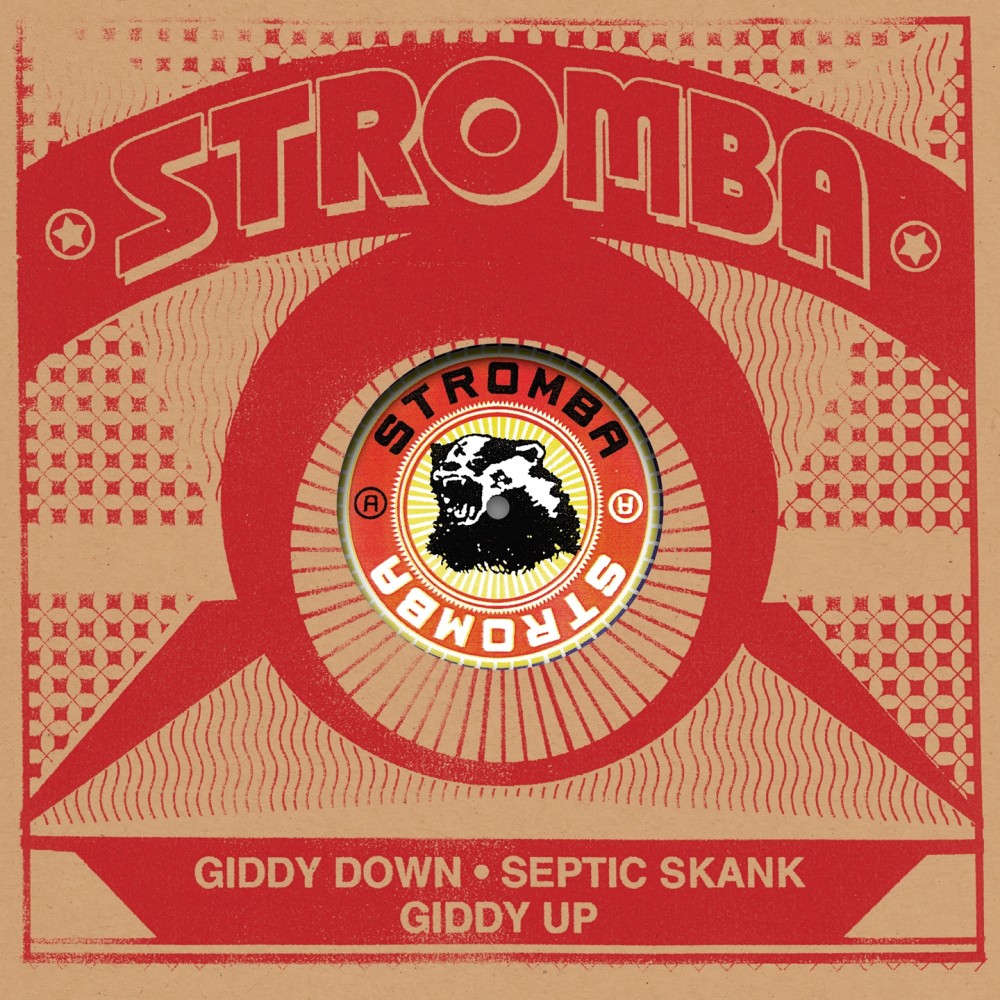 After a four year hiatus Stromba are back with a brand new three-track 12". Following their previous FatCat EP, ‘The Pinch’ – the group’s only previous release - ‘Giddy Up’ is a precursor to the band’s debut album, due for release on FatCat in early 2005. Stromba is made up of two core producers, James Dyer and Tom Tyler, alongside regular collaborator James McKechan (bass / guitar), this release also includes conributions from Adrian "Terry' Meehan (drums & percussion) and Duncan Mackay (trumpet, melodica & hammond organ).

Keeping one foot firmly on the dancefloor (unusual for the band!), "Giddy Up" is a 7-minute Afro-disco workout which recalls the killer 12”"Sesso Matto". Blaring trumpets ride over live drums and tight percussion, whilst an ever-present, solid bassline snakes a groove thoughout. Exclusive to this release, ‘Giddy Down’ (an alternate version of ‘Giddy Up’) relives the heyday of the extended 12” disco mix. Stripped-down percussion, an ESG-esque bassline, and the rawest of grooves could see this record placed next to classic West End or TK label 12"s. Yet there’s no 80's retro revivalism going on here - just the love of a live feel that seems to have been lost from most club records of today.

The third track on the EP, ‘Septic Skank’ is an authentic heavyweight dub outing with all the right ingredients. Floating melodica and hammond organ pinned down by a thunderous bassline, massive echoes, big rewinds… but again, this is not simply a retro move. Stromba take influences as a starting point, inflecting the music with their personality, taking things in their own direction, mixing up live recordings and studio technique. Both ‘Septic Skank’, and ‘Giddy Up’ serve well as a pointer to the breadth and scope of the forthcoming LP.