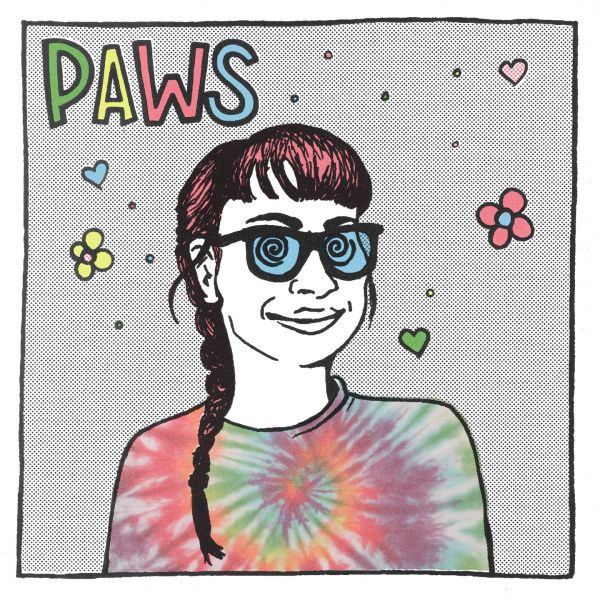 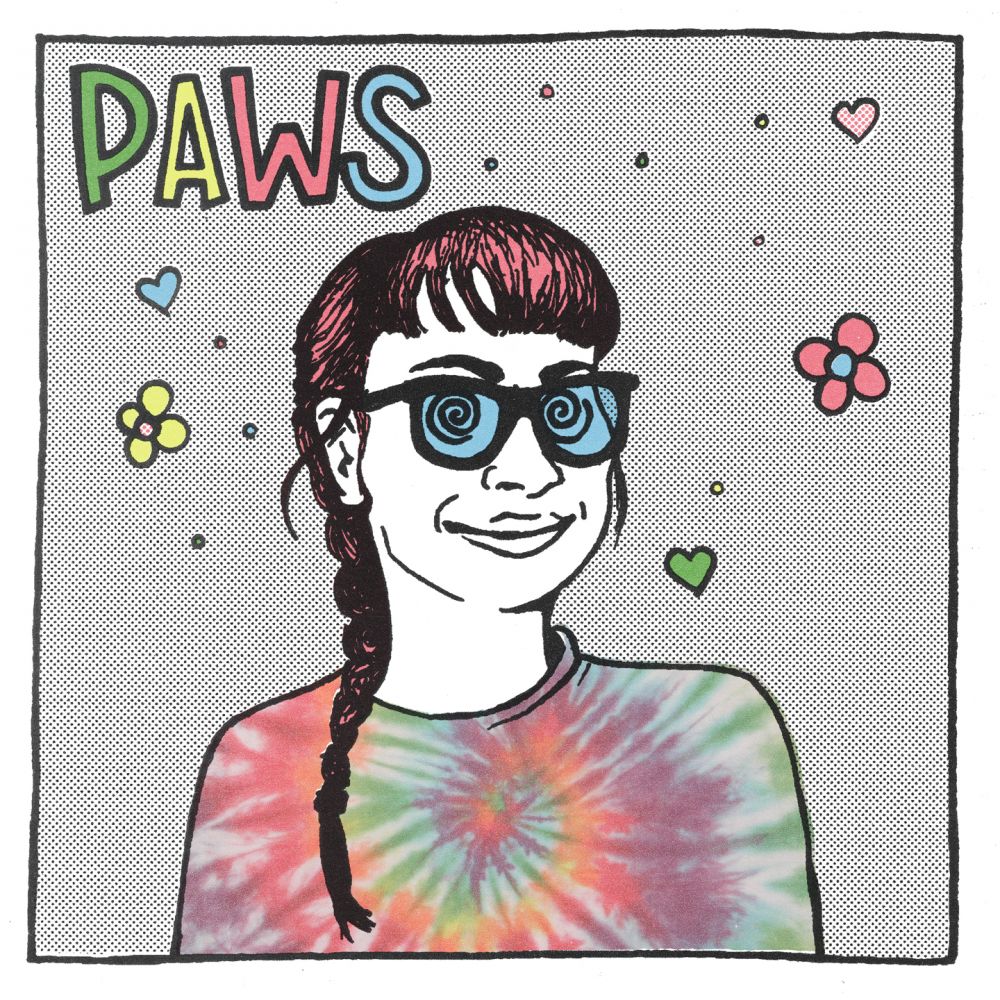 Friends since school, PAWS are made up of Phillip, Joshua and Matthew, and are based in Glasgow, Scotland. The band play (in their own words) 'infectious, lo-fi, garage pop-rock' and have already made a name for themselves in Glasgow as one of the best Scottish live bands currently on the scene.

Tell us about the collection of songs on the album.
The 13 tracks that make up the album are a mixture of old and new. We just picked 13 puzzle pieces from our catalogue that we could piece together to make a final picture, representing the past 2 years of our writing. The choices all came comfortably and they flowed together without much thought. We just went into the studio and bashed them all out one after the other and it felt really natural. Some songs finally came to life as we played them together in the studio. Songs like Poor Old Christopher Robin, Get Bent, Tulip, Boregasm and Sore Tummy had only previously existed as rough demos. We wanted to place all of our favourite songs to play in one place. We are really proud of it.

Is there any sort of theme running through the album?
A lot of crazy things have happened in our lives over the past 2 years. Some good and some horrific. I'd like to say that there is a strong feeling of positivity and hope running throughout this record. Light piercing through some distinctly dark times. Playing in this band to keep going and stay alive.

Cokefloat! Why that name?
Last year we played a gig at the Old Blue Last for the launch of an East London based comic/zine called "STEAK NIGHT". Our friend Babak Ganjei put it together and it featured work from Himself, Jessica Penfold, Kele Okereke, Grace Wilson, Antoine Cosse and Jackson Coley. The last page of the book was a comic strip by Jessica Penfold titled "Cokefloat!"

I remember the moment we looked at it, the last frame just jumped out and I felt like, that would look so rad as a record cover. After thinking about it and talking to Jess about her art, we learned that she was planning to open a comics and coffee shop in Dalston (Eggs Milk Butter) with a close friend. We decided that we loved the Cokefloat strip so much that we asked her if we could use 4 of the frames to make up the final album artwork. I knew it would be better than saying "We love your art, so, can we like ask to draw out one of our ideas for our album?" That's lame. We figured if we loved the strip so much, it would be cooler to ask to use a piece of work she'd done on her own and not something we asked her to do. The frame on the cover is actually a self-portrait of Jess. This makes the artwork 100% about the artist. Not the band.

So, the idea kept growing over time until we were just like, fuck it, we love this comic, Jess is rad, she's opening her own comic store (which I can only imagine is a stressful task in 2012), she's already on the cover, let's name the album after the strip and make it completely selfless and maybe we might just get to help someone else along the way. Nothing to do with the music. It's just her thing, untouched, because it's awesome and we want people to check out the art she makes.

The four frames show Jess making a Cokefloat (a dessert made up from cola and ice cream). The album is pretty frantic at times. Like a sugar high...with the sugar comedown. Makes sense to us...

How important is PAWS on record compared to PAWS on stage? Would you prefer to be seen first then heard on the hi-fi, or the other way around? Does your live performance offer anything different to your recordings? Or, do you think your album has managed to capture what you're all about as a live band?
I think this record is really important to us because it's finally how we wanted the band to sound on recording. All of our past recordings have been home recordings, which we also love. But, we never really managed to match the sound that we had in our heads. I feel like we are 100% closer to that with this record. Bands are always growing, so future records may sound different but, for this one, it's the sound we have been after for the past 3 years.

The record captures the punch of our live shows and for once you can hear my lyrics. I guess our live shows have a lot of energy and we all move around a lot. Turn up this record as loud as you can and move around...

Some of the lyrics on the album are obviously incredibly personal: do you ever have reservations about whether or not to share things, or is it a form of catharsis?
I don't really think about it, if something has affected me in my life I just seem to deal with it this way and always have done. I have no idea why. It feels good to get something out of your system by screaming about it into a microphone. The things on the record are about things that millions of other people in the world experience every day aswell.

Catharsis totally comes into it. I had lost my mother to cancer last year. The months to follow were so fucking shit that I felt the urge to try and be as positive as I possibly could.

Maybe someone somewhere that might have to deal with that same shitty situation could find something in it. Or not. It doesn't matter. I just documented how it felt from one persons perspective in a couple of songs. All of the songs have solid storylines based around a variety of different things that happened to me over the past 2 years.

The recording process, working with Rory, being on the boat... can you tell us about?
The recording process was great. We worked on the record at The Lightship95 in London with Rory Attwell. We had never been in an actual recording studio before, so It was pretty exciting to be there...on a boat...with Rory. The actual process wasn't that different to how we do it at home. We just had a floating studio at hand with a guy behind the buttons who was into what we were doing. Rory asked what we wanted it to sound like, we told him and he nailed it. It was the best time. Trying to do takes whilst the boat is swaying from side to side in the Thames.

So many cups of tea.

Do you have any favourite recipes/combinations for how to make a good cokefloat?
Insert three scoops of vanilla ice cream into tall glass, pour coke, insert straw (or two to share) and add sprinkles. Slurp it up. Feel the buzz.