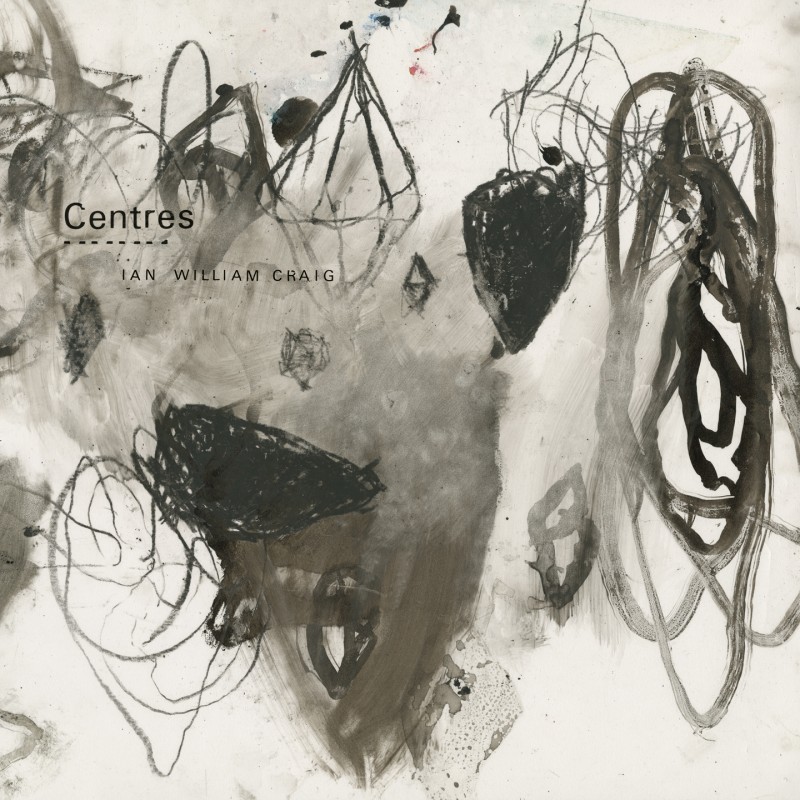 ‘Centres’ is the stunning new album from Vancouver-based vocalist / composer Ian William Craig, and his first release for FatCat’s pioneering 130701 imprint (Max Richter, Hauschka, Dustin O’Halloran, Jóhann Jóhannsson, etc). Arriving on CD, digital and gatefold double vinyl editions, ‘Centres’ is actually Ian’s ninth full length album, the majority of which were self-released digitally or in limited cassette editions. His last two full lengths (‘A Turn of Breath’, 2014; and ‘Cradle for the Wanting’, 2015) were issued physically on the excellent Californian label, Recital Program and received glowing press and placements in numerous critics’ end of year lists (including Mojo / NY Times / Rolling Stone). The Guardian marvelled how “to be both wildly experimental and fantastically listenable is a skill that precious few people possess, but Craig has it … truly brilliant,” whilst Mojo remarked on "a blissfully disquieting choral suite, moving from the corroded cries of counter-tenor ghosts to a kind of abstract Buckleyesque hearbreak, as if some lovelorn romantic troubadour had been summoned forth from the recording of séances on old shellac 78s."


Ian William Craig is a trained operatic vocalist who combines his voice with analogue synthesizers, reel-to-reel machines, and faulty tape decks to create sublime cascades of unpredictable decay and beauty. His music engages with the operatic and orchestral, submerging them under a shifting palette of vocal improvisations, analogue tape hiss and billowing clouds of erasure.

Fundamentally distressed yet texturally lush, ‘Centres’ is an immensely deep, rich and rewarding listen. It was recorded in an assortment of studio and other locations across his Vancouver hometown – in concert halls and classrooms, train-yards and live rooms, as well as Craig’s own home – and created using a mixture of sources: synthesizer, Hammond organ, guitar, accordian, wire recorder, loop station, Craig’s array of re-purposed vintage reel-to-reels and an 18 deck “cassette choir”.

“Everything was manipulated through my customised tape decks,” explains Ian. “The most common hack is putting attenuators on the heads to keep them from functioning properly, and then running a loop of tape through so the sound builds and builds and spills over. Sometimes the same tape loop goes through two or three decks at once to create strange deteriorating delays with different colours. I also circuit-bend the bias to create odd kinds of distortion, or bend the sound back into itself so it feeds back in unpredictable ways. Most of the rhythmic elements on the album were created with this feedback loop technique.”

For Craig, this use of reel-to-reels has become both a way of decaying sentimentality, and a recurring metaphor. Drawing out analogies between his dual practices of music and print-making, Ian’s work is deeply informed by a narrative of impermanence, of “notions of life as an act of becoming, and beauty within degradation and deterioration.” He became fascinated with the notion of what the process of memory might physically sound like, placing his own body at the centre of this exploration to create sonic spaces that cast physical deterioration as the source of the sublime. “Tape affectation has been a really generative thing for me, and I really value not just the aesthetic texture that the tape decks impart, but the creative gesture they allow as well. They interject a certain randomness, a certain loss of control … It is my hope that through such performances, the sound of this forgetting can be momentarily manifested.”

Continually honing and pushing this process, the album shows a thoroughly brilliant attention to textural detail. Morphing, swirling, scouring, shimmering, it continually expands and contracts around you. Forging a harmonically gorgeous and utterly immersive listening experience, it pulls you from the rousing, slow-build of the opening ‘Contain (Astoria Version)’ through the standout ‘A Single Hope’ with its huge bass and Hammond organ swells, into shifting cloud-zones of ‘Drifting to Void on All Sides’ or ‘Power Colour Spirit Animal’, around the Nico-esque accordion opening of ‘The Nearness’, and back to the cyclical ending of ‘Contain (Cedar Version)’, one of the cleanest and sparest tracks here – pared back to the purity of a single voice and guitar.

Craig explains that “Centres is hard to describe because I rather wanted it to do everything. It sounds to me like all of the ideas I've ever had up to this point musically… it started life four years ago, as what I thought at the time were three separate albums but turned out to be a bunch of different things revolving around a strange core. It's been erased and recombined and erased again so many times I've lost count! It's a bit of a snowball running down the temporal mountain of the past few years, gathering things and losing others as it's lumbered along. I called it ‘Centres’ because it seems like a pretty deep dive into a lot of my core inspirations, and the album is really just a set of whatever collected around them. More of an asteroid belt than a planet, but one that's more about trying to tell what's pulling it all together than about the stuff itself. A record of absence with gravity.”

“This album definitely started with songs in mind that were then destroyed and forgotten and recombined, as opposed to some of my more recent work, which has let the decks dictate the composition a bit more. The music here attempted to get back to its original state after passing through my tape deck gauntlet, sometimes several times. A transforming marathon! The first song and last songs are reflections of each other in this way, to amplify how much has changed but also stayed the same. Contrast. Forgetting.”

A stunning album that stands with a similarly unique sense of vision and integrity as the likes of William Basinski or Colin Stetson, ‘Centres’ will be available on CD, digital and in a deluxe gatefold double vinyl edition.