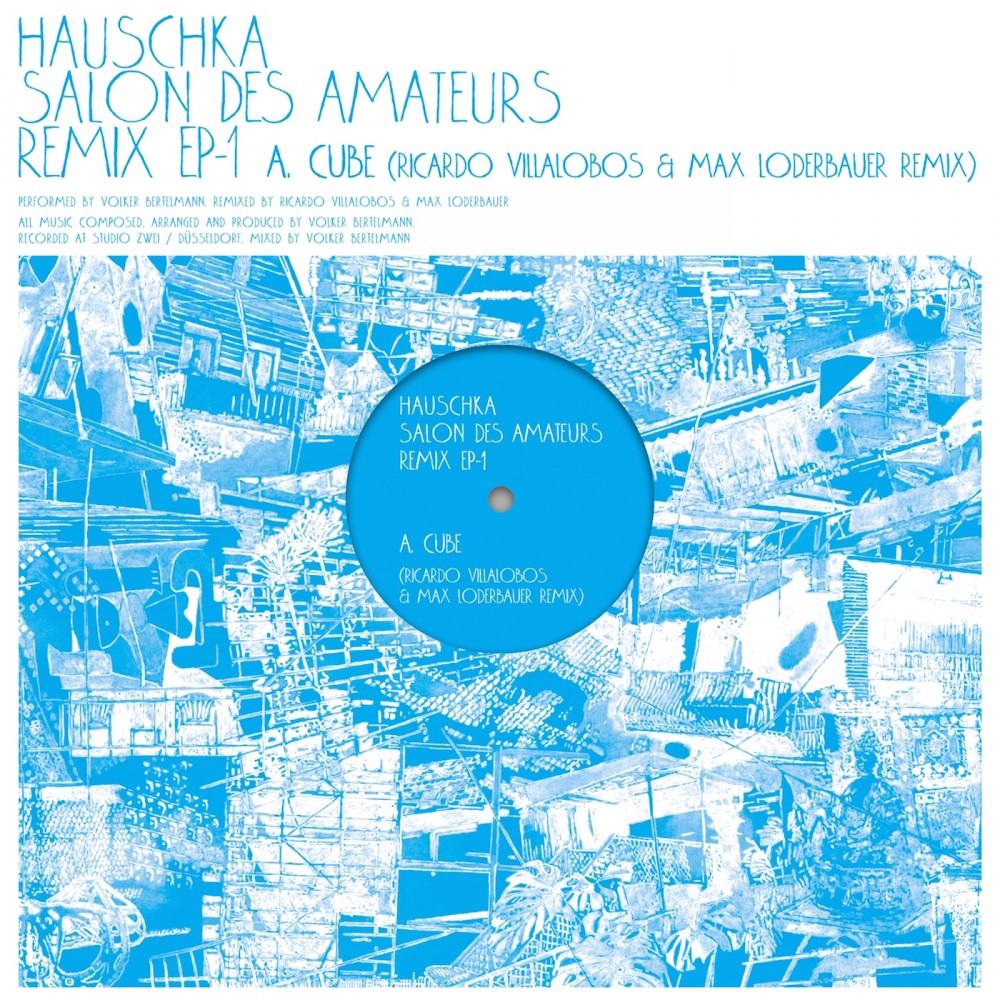 This 12” is the first of two vinyl-only EPs, running in advance of a full album of electronically-angled remixes of ‘Salon Des Amateurs’. These have been commissioned from a selection of producers whose work we admire, including the likes of Matthew Herbert, Vladislav Delay, Alva Noto, Vainqueur, Patten, and Steve Bicknell. This first release sees three artists, each based in Hauschka’s native Germany, get to grips with his material. Fresh from working together on their recent double album where the pair were given free reign to remix the modern jazz / classical label ECM’s vast catalogue, Berlin-based, Chilean-born minimal techno heavyweight Ricardo Villalobos again teams up with Max Loderbauer (previously one half of ‘90s ambient techno unit Sun Electric, and a member of The Moritz Von Oswald Trio) for a remix of ‘Cube’. Glitchy and fractured with bristling electronic micro-detailing, whilst retaining the propulsion and core piano phrasing of the original, they sift out a shimmering, pinpricked, deeply textured track that’s a real treat for the ear.

On the flipside, Cologne-based Michael Mayer – co-owner of the massively influential Kompakt label - turns in a hugely impressive floor-friendly reversioning of ‘Radar’. Also utilising key phrases from the original, it hooks in the listener by ramping up the tension through a swelling, ever-progressive narrative - adding snaking, arpegiated bass and string stabs, and masterfully building bar-by-bar towards a euphoric plateaux.