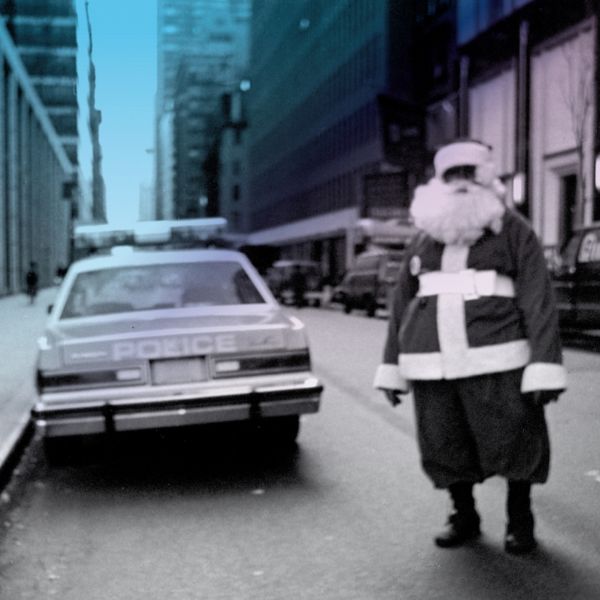 A brilliantly playful, summery hit of outsider pop, 'Carpet Madness' is the debut album Get Back Guinozzi!. Full of colour and character, it comprises a unique blossoming of hybrid sources - infectiously poppy, quirky and breezy, with a strong French slant and a wide range of influences taking in the likes of Talking Heads, The Feelies, The Smiths, early B-52's, King Sunny Ade, Lee Perry, Rip Rig & Panic, Ariel Pink, The Slits, The Cure, Animal Collective, Jonathan Richman, and Serge Gainsbourg. Infused with the exoticism of reggae, dub, African music, Tropicalia, and Cambodian music from the '60s, the breadth of sources it draws on, allied to its singer's skewed narratives and heavily-inflected English, give the project a distinctive individuality.

Now comprising a 5-piece band based between London and the South of France, Get Back Guinozzi! is driven by two French friends, Eglantine Gouzy and Fred Landini. Front-person Eglantine is someone FatCat have been talking with for a while, having posted three of her solo tracks on our online demo archive back in 2004. Remaining in regular contact, in Spring 2008 she mailed us a CDR of the band project they'd been working, which immediately enchanted us.

The roots of Get Back Guinozzi! lay in Fred composing fifteen brief tracks for a contemporary dance company, using a minimal set up of guitar, rhythm box, and only one keyboard sound. These yielded the melody for the song 'L.A.' Having already collaborated with her on previous material, he sent London-based Eglantine instrumental versions of 'L.A.' and 'Go Back to School' to work on. The pair were so excited by the results that they decided to form a band. More tracks were sent across the internet during Winter 2007, with Eglantine adding vocals, keyboards, percussion and odd electronics, until an album's worth of material was formed and dispatched to us. Where this initial material was intentionally thin and lo-fi (with the bass parts played on guitar), recalling '79 - '82 period post-punk acts like The Raincoats or The Slits, via the smudged bedroom pop production of Ariel Pink, the newer tracks and mixes suggested a move closer to the lusher, more sparkling later '80s indie sounds of the likes of the Cure, The Smiths and some of the 4AD bands of that time. Following further meetings and conversations, tracks were sharpened, more songs were recorded, and the album was eventually re-mixed by Michael Beckett (alias Schneider TM's Kpt. Michigan). A five-piece band was formed with the addition of Regis Laugier (bass), Luc Benito (drums) and Fabrice Giuisiano (guitar, keyboard), and GBG played their debut shows in September 2008.

With lyrical meaning often partially obscured (Eglantine refers to her singing "English in a baboon style"), Fred describes Eglantine's lyrics as being replete with fantasy and a kind of dark humor. "It's Eglantine's view of the world. It's an attempt at Zouk or tropical music with these lyrics that are a little bit spooky." Influenced by singers like Ari Up (The Slits), Pygmies, Laurie Anderson, Serge Gainsbourg, Allison Staton (Young Marble Giants) and Donna Summer, Eglantine likes "to imagine my own little movies where I can be different characters. I can make doubles of myself, I can transform myself - a real schizophrenic, sometimes within the same track."