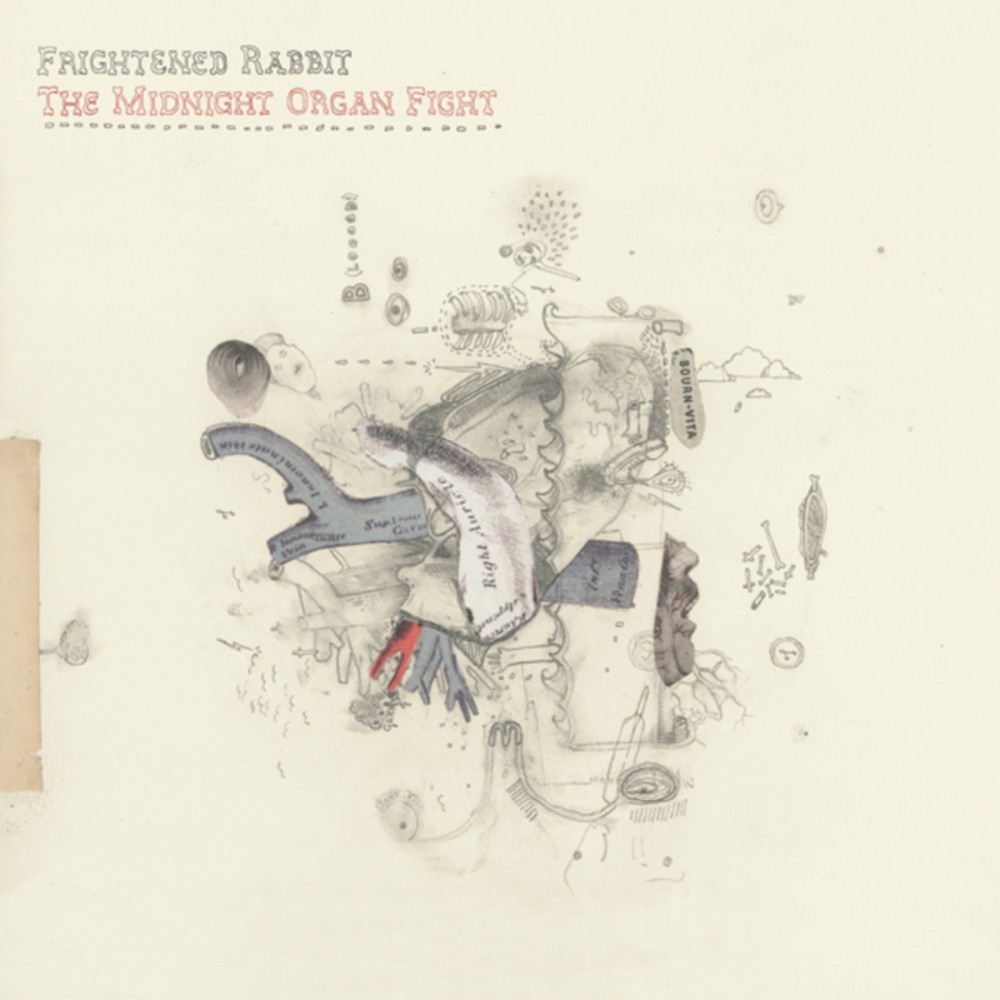 2008 saw Frightened Rabbit finally step into public view, with widespread touring and their acclaimed debut LP ‘Sing The Greys’ made widely available in a revised and significantly revamped form. Following just six months in tow of the ‘Sing The Greys’, ‘Midnight Organ Fight’ is nonethless a very different beast. A progression both in terms of songwriting and sonic depth, the majority of songs on their debut were written sporadically over a two year period, whereas ‘Midnight…’ was conceived over a much shorter period, with the band spending much longer in preparation for the recordings themselves. This renewed sense of focus shows in the detail and general completeness of the album, a transcendental pop record that rewards each further listen . Scott Rabbit concurs: ‘I think it gives it a very tangible sense of a certain time in my life, allowing the album to feel like a rounded whole as opposed to a selection of songs’.

Recorded by Peter Katis (Mercury Rev, Interpol) over the space of two weeks, and mixed over the ensuing fortnight, ‘Midnight…’ was written with the intention of creating a more ‘pop’ sounding album. Yet although musically more immediate, vitally, the band have not forsaken the personality or passion of any of their earlier recordings. Scott Rabbit expands: ‘I feel the general FR weirdness is still apparent in the lyrics and this makes for an interesting sort of juxtaposition. It sounds kind of clean, but its actually pretty fucking dirty once you get listening. Saying that, i hope all the reasons why people loved Frightened Rabbit in the first place are still there, only they may have been amplified somewhat’.

An incredibly accomplished live outfit, seemingly without any effort whatsoever, their performances at times recall the ragged, muscular energy of emo/punk three pieces such as early Sebadoh or Mission Of Burma, but Frightened Rabbit’s ouvre nevertheless harbours a far more universal agenda.