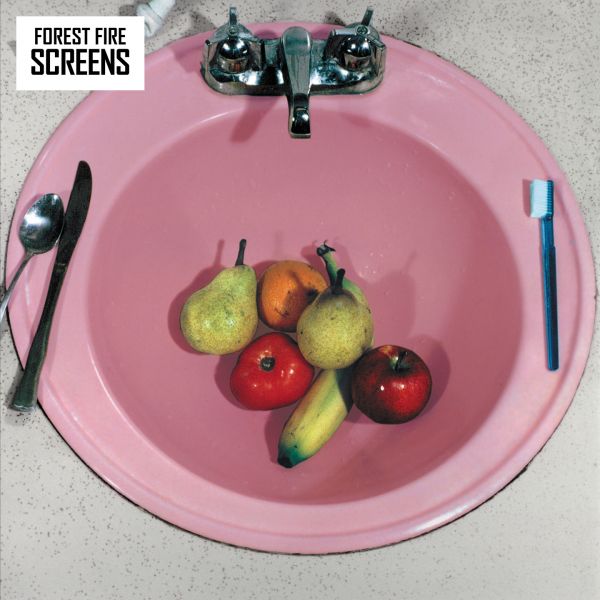 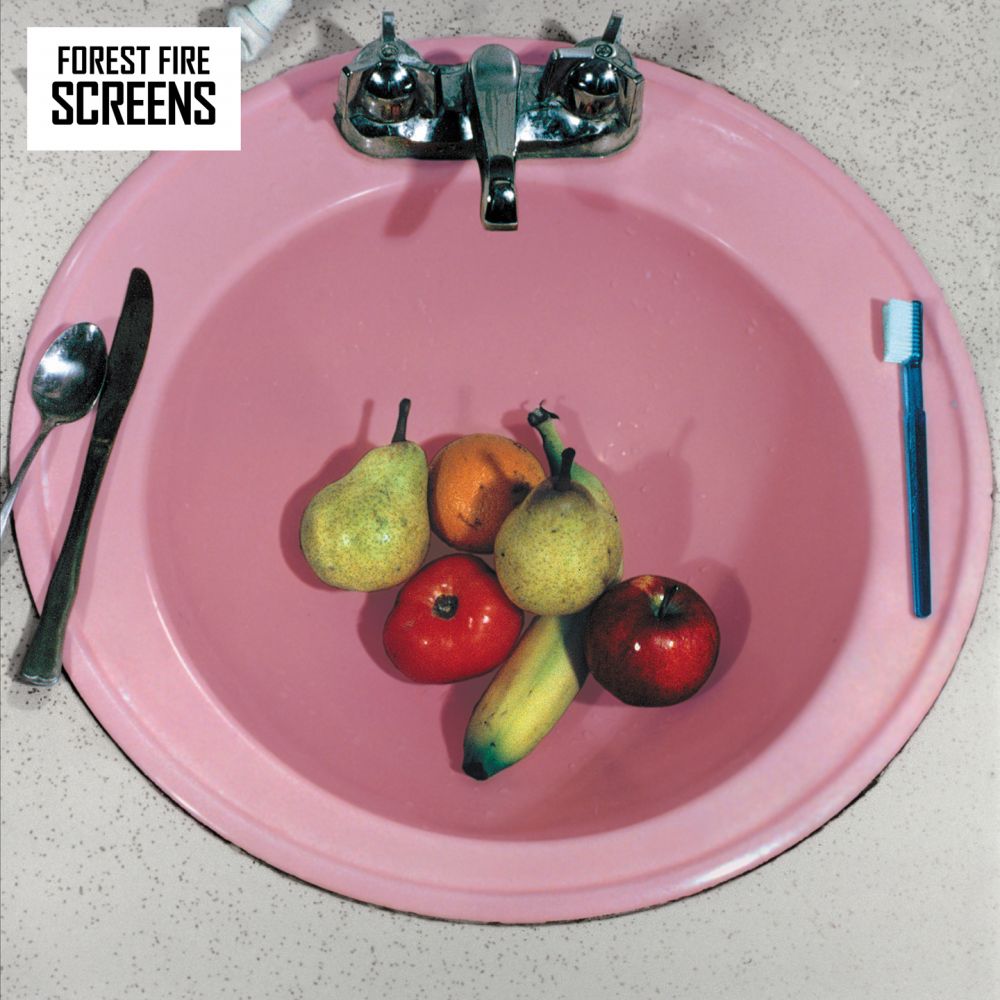 "It" has been hinted at in previous releases - e.g. the howling languor of "Slow Motion", from the band's debut Survival (one of Rough Trade Shops' top 10 albums of 2009), or vitreous mid-tempo dejection ballad "The News" from 2011's FatCat-issued Staring at the X ("You won't get far," Thresher sang, "with that look in your eyes") - but Screens is pure lightning.

After some lineup adjustments that left the band leaner and more centred, Forest Fire partnered with engineer Jonathan Schenke (Parquet Courts, Dirty Beaches) - the first time they'd worked with an outside engineer in a proper studio - to uncoil sonic possibilities they'd before only touched on, and to enable their new songs to breathe and stretch out.

That stretching out is quite literal in the case of album centrepiece "Annie," an eleven-minute track that is wide but not sprawling, buoyed by motorik lope and ornate synths, grounded by vocal spits and hisses. The song exemplifies the atmosphere of a record that the band acknowledges owes a debt to the late '70s output of not only Kraftwerk but Yoko Ono, Joy Division, Laurie Anderson, and their ilk; Sandy Skoglund's iconic 1977 photograph Pink Sink is the cover.

From its darker, sparser, sonic landscapes, obsession with analog instrumentation, and movement-focused, heavily metaphorical lyrics, Screens finds Forest Fire hewing to this mood. But for all the record's gratitude to the past, its aesthetic is just as much forward-looking, able to embrace the sunrise hooks of anthemic album opener "Waiting in the Night" and the Suicide-spooky synth-drone of "Cold Kind" as easily as "Alone with the Wires"'s jangly stride and Leonard Cohen-frosted vocal delivery.

Stormann explains, "We choose the title Screens because of the prevalence of screens in our everyday life (literal ones like television screens, computer screens, phone screens, and metaphorical ones that distort our view of reality) and because art/music is a screen between the artist and the audience." As a metaphor, it's both inward and external - Forest Fire cloaks raw human roughness in blankets of synth and drone - and speaks to the same retro-futuristic dystopianism that haunted the musicians they looked to on Screens, that haunts us now more sharply than ever.