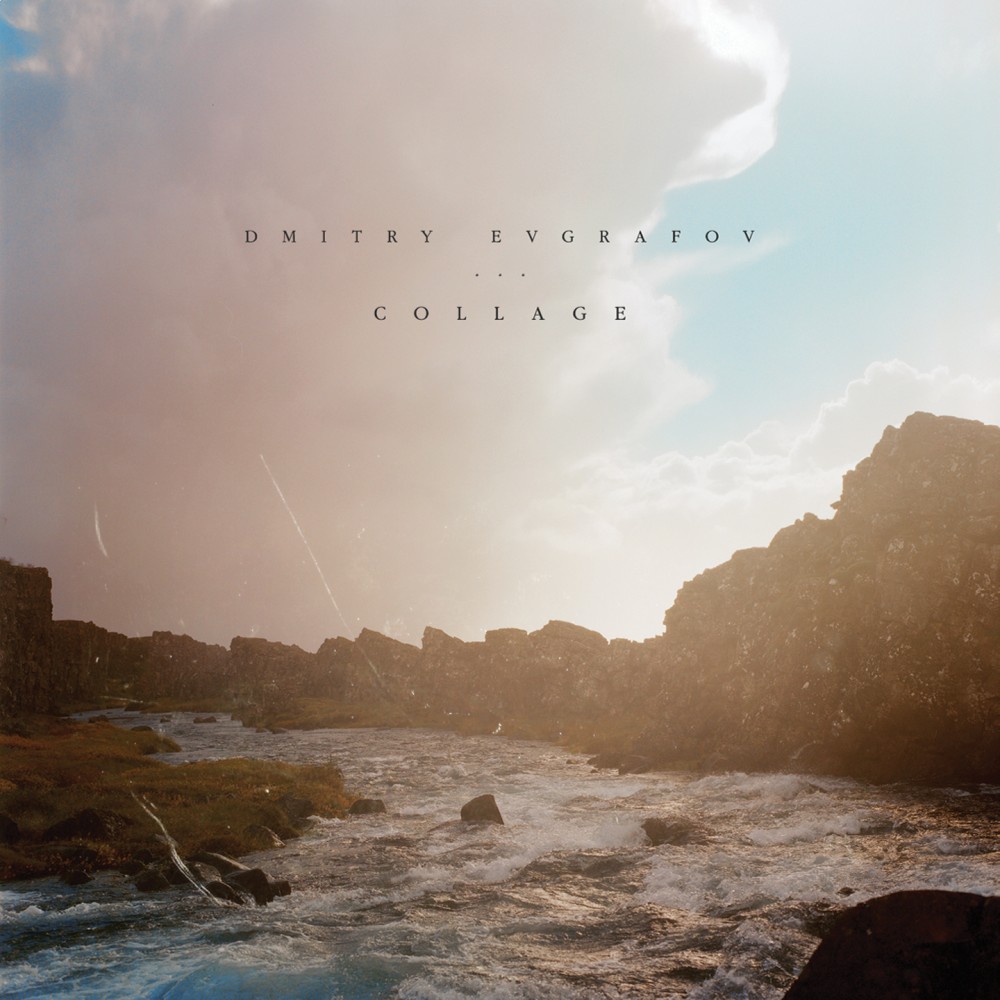 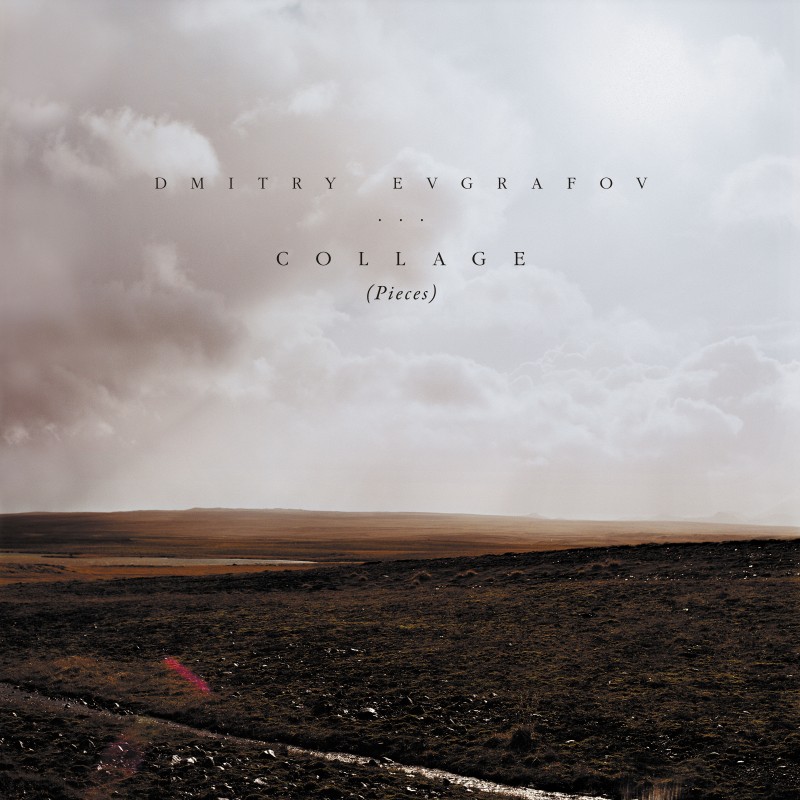 Following nearly three years of silence, FatCat’s 130701 imprint is reactivated, with several new signings lined up ahead of next year’s fifteenth anniversary of the label that played a pioneering role in the development of today’s vibrant post-classical scene. The first of these signings, Dmitry Evgrafov is a hugely talented young Moscow-based pianist/ composer/ multi-instrumentalist. Entirely self-taught, Dmitry began playing music from the age of fourteen. Between 2011–13 he (self-) released two EPs and an album (available as a name-your-price release on Bandcamp), the first arriving aged just seventeen. Having been impressed enough to help out in the compiling of his debut album ‘Pereehali’ back in 2013, 130701 remained in touch and in early 2015 signed the composer to the imprint.

The first fruit of this new relationship, ‘Collage’ sees a clear shift from Dmitry’s previous releases, each of which was marked by self-imposed restrictions. His first EP, ‘Lying On Your Shoulder’, adhered to an extremely minimalistic approach, using just string trio and piano; ‘Preliminary Script’, was “nothing but an anthem to sadness, melancholy and defeatism”; whilst on ‘Pereehali’, Dmitry confined himself to a single instrument, a Petrof upright piano, and a specific recording location. Feeling somewhat unsatisfied with the three records, Dmitry decided to take a break in order to rethink his approach to composing. He began a job as a sound designer, writing bespoke music for videos, commercials, audiovisual installations and scores. Working to set briefs under stricter conditions and with less time for introspection, the experience turned out to be liberating. “I realised that being bold, experimental and versatile and using the briefs as a playground could make the sound more solid and complete, that I can make much more convincing music when I set no personal restrictions.” As a result, Dmitry’s music grew rapidly bolder, more dynamic and expansive.

Besides this burgeoning new-found confidence and an instrumental and technical diversity which differs drastically from the evenly-weighted solo-piano of ‘Pereehali’, Dmitry also began to explore the slippery boundaries between reality and artifice. “Since there is never enough time or budget to record live piano or strings for the commercial applications I was working on, I had to find substitutes, and eventually I came across some beautiful orchestral instruments I had wanted to use in my music since I started. I switched to an advanced set of virtual instruments, which make up about 90% of the sounds on the album. How well these worked was a surprise to me since I’ve always been a stickler for real piano, strings or drums and hated cheap, plastic-sounding VST. At the same time, I still find genuine tape delay effects and vintage synths from the 1980s absolutely irreplaceable, so there is a cool mix of digital and analogue sounds on the album.”

This dilemma of computer emulation of real instruments is evident from the album’s opening track. ‘Embrace’ was completed in three hours and composed entirely from virtual instrumentation, including harp, heavenly string tremolo and woodwind. Dmitry refers to this as “music that can cheat the human ear in terms of how realistic the instrumental simulation has become - almost everyone who heard it asked if it was recorded live. And the answer frightens me more than everyone else.”

As its title suggests, ‘Collage’ is a collection of material drawn from disparate origins, times and locations – all carefully pieced together to form a cohesive whole. With over half of the tracks never intended for release, its constituent parts were transplanted variously from the soundtrack for a feature film (‘Beck’); a late night improvisation from 2011 (‘Invitation’); an interactive audio installation (‘regret’); an iOS app commercial (‘Reel’); and ‘musical valentine’s cards’ to his wife (‘Embrace’ and ‘Sway’).

Retaining much of the feeling of ‘Pereehalli’, the first third of ‘Collage’ is piano-based - from the gently romantic ‘Sway’ to the more strident, minimalist ‘Cries and Whispers’, which recalls Hauschka with its foregrounding of creaking foot-pedals and punched keys dampened through a layer of felt. Following this opening section, the album pivots on a trio of tracks (‘Like Foam’ / ‘Fracture’ / ‘Reel’) that form the core around which everything else was built. Designed to flow seamlessly together, this sprawling section marks the emotional peak of the album and a transition to its more electronically-based second half, comprising darker, more atmospheric tracks like ‘Warm Up’, ‘Garage’ (“an ode to a Juno 106 and a Roland Space Echo”), and the sparkling suspension of ‘Regret’.

The rousing ‘Like Foam’ was the first piece intentionally written for the album and the first to lead Dmitry away from the more intimate, solo piano phase he felt stuck in. “I was searching for something new and was commissioned to write a piece for a slightly pompous video. So I decided to free myself from any musical restrictions and just use all the instruments and tricks that I loved. I’d always been slightly afraid of making loud music, and writing this was a perfect way to scatter those doubts.”

Reducing down the album’s essence to “always restless, always searching”, for Dmitry the process of creating ‘Collage’ charts a newfound inner freedom, an awakening of a joyful adventurousness and expanded possibilities. Delivered courtesy of Swedish pop artist Henrik José, the album’s single vocal line on ‘Nothing To Say’ (Dmitry’s first and to date only composition to feature vocals) seems both a provocation and affirmation on the potential for reinvention.

Far greater than the sum of its parts, ‘Collage’ is a beautifully composed, bold and broad-sweeping album that reveals a big step forward for a young and ambitious artist whom we are certain has a very bright future ahead.