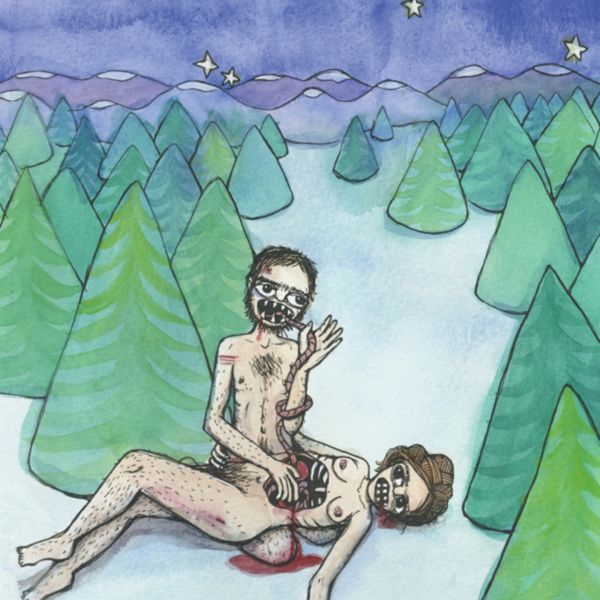 David Karsten Daniels is a North Carloina-based songwriter, with a background of diverse musical experiences. Among them, a childhood of hymn singing; a high school jazz band; formal university training in composition, theory, free improvisation and performance art - not to mention the broad range of influences and inspirations that have been naturally embraced over the years. 'Sharp Teeth', David's first widely available record and his debut for FatCat, marks the arrival of a fresh and potent talent, an album as ambitious as it is accomplished.

In the last two years David's music has come increasingly into focus, and his more experimental leanings have taken their place in a more melodic and lyrical context. Gone are the noise freakouts, drum programming and Steve Reich / John Cage obsessions, yet the attention to detail, and depth of vision remains. These richly orchestrated songs, in which David's voice and guitar are the foundational elements, are fleshed out by nineteen musicians and at least as many instruments.

'Sharp Teeth' is a compelling exploration of moral ambiguity and perhaps unavoidable human disconnection, that suggests some kind of modern American folk music in the Southern tradition - often deathly slow, like life in the South, and haunted by religion, but unable to find answers in its Bible. The sounds of the South are there as well - Nashville's slide guitars, nods to Dixieland Jazz, drums, horns and choirs, take their place alongside epic string arrangements, amidst songs that despite their grand scale, manage to be concise and immediate, conveying a distinct love of pop music.

David's previous musical projects have been released on the Bu_Hanan imprint, an extension of the Bu_hanan Collective, which he co founded with Daniel Hart and Alex Lazara, who mixed and mastered 'Sharp Teeth'. An immensely talented artist truly deserving of a wider audience, David and his band will be playing shows across the U.S. late 2006, and touring in support of this release from early 2007 onwards.