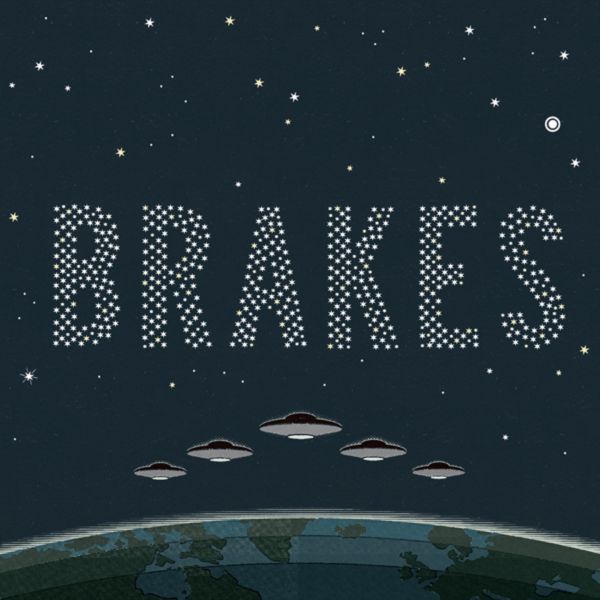 "We are fundamentally responsible for the election of Barack Obama as President of the United States of America, yes," say Brakes. "If it hadn't been for our 5-second epic song "Cheney" (lyrics: "Cheney, Cheney, Cheney, stop being such a Dick"), then it is without a doubt that McCain would've won, and died, and Sarah Palin would have become President and Ruler of the Known Universe by April 2009. We would've been releasing our new album "Touchdown" into a world in the grip of a nuclear winter, with no electricity for people to listen to the CD, and no Internet for them to download it from. We would still have toured it, though," they all agree, nodding their heads, "on acoustic guitars and a drum kit pushed in shopping trolleys. We have built up a live reputation over the past 6 years and nearly 1000 gigs. Yes, even in a world destroyed by the total collapse of reason, we would've toured our music."

Brakes, for those who don't know, or don't have access to Wikipedia, formed in late 2003 with the immortal words "let's form a band." Four friends from Brighton, UK, they went into a practise room that night, played through some songs Eamon had written on acoustic guitar, and afterwards said "we are the fucking most radstation band ever to have graced this planet; it's like we're a blend of punk, folk and country, like a blend of Johnny Cash, the Clash, the Pixies and Woody Guthrie; it's like we have been influenced by Sunn O))), RTX, the Beatles and Pavement. It's like we..." and then they went on and on and on about bands.

Brakes were so fucking awesome that they were signed by Rough Trade Records, and released their debut album "Give Blood" in 2005. Rough Trade Shop voted it the Number 1 album of the year, OMM magazine gave it 5*, and Brakes went on tour for a very, very long time, supporting Belle and Sebastian, Buck 65, and Editors, as well as many, many, headline tours of their own.

In a small break from touring in early 2006, the band flew to Nashville, and recorded their second album, The Beatific Visions, with Stuart Sikes. The album was released to universal acclaim, and was voted the number 1 best record of 2006 by BBC Radio 1's Colin Murray. Brakes then went on the road again, supporting The Killers, headlining their own tours around Europe and America (where they discovered, in Salt Lake City, Utah, that not only was Beatific Visions being pronounced correctly, but that it was number 1 on the college radio chart as well. "We're fucking number 1 man, FUCKING NUMBER 1!!!" they shouted whilst doing that odd jumping chest bump thing that over excited and oxygen deprived people do.)

In November 2007, after 5 years of near constant touring, Brakes said "We are hellishly close to collapse from nervous exhaustion," and the band decided on one more bout of recording before taking a two month break. They went to a small barn in Oxfordshire, and spent a week waking up beside each other on the floor in -7C temperatures, to spend their waking hours recording new tracks. A musician called Charles Douglas, a cult songwriter who had recorded with Mo Tucker (Velvet underground) and Joey Santiago (Pixies), contacted the band and asked them to record one of his songs. They recorded the song "Ancient Mysteries" (which Brakes included on Touchdown). They finished the week with a gig at bath Moles club and then shook hands and promised themselves some time off.

Rough Trade Records had released Brakes' first two albums, but was unsure whether it could afford to release Brakes' third in the credit crunch. Brakes went on the lookout for a new home, and, like a dream come true, found one in their hometown, with the highly esteemed Brighton-based label Fat Cat. Almost instantly, Fat Cat booked them into the Glasgow super studio ?Chem 19, with The Delgados' Paul Savage at the helm. They recorded and mixed the album in a month, then flew to upstate New York to master it with the legend Alan Douches.

"It's our best yet," say Brakes, "we're really happy with the way it came together and the sounds that were caught in Chem 19," say Brakes, before quickly adding: "Touchdown is the fucking zenith of civilisation, it will make your jaw drop further than the Dow Jones in 2008, this album fucking shreds like an Enron paper shredder, it is A-fucking-stounding, yeah."

Only time will tell how far Brakes can change the world this time.