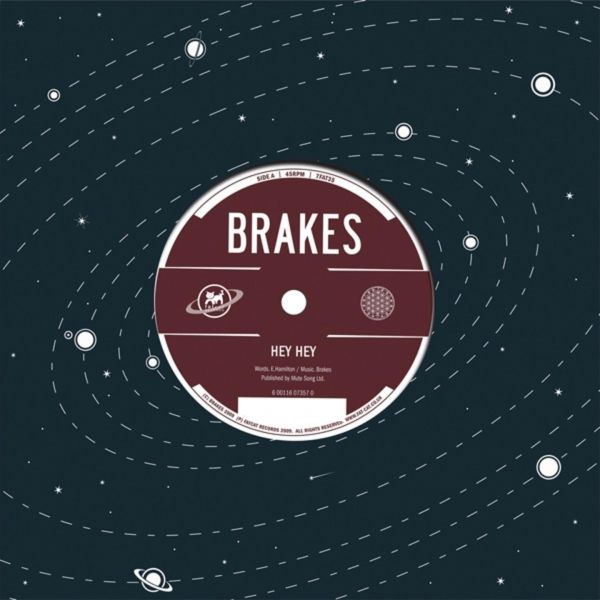 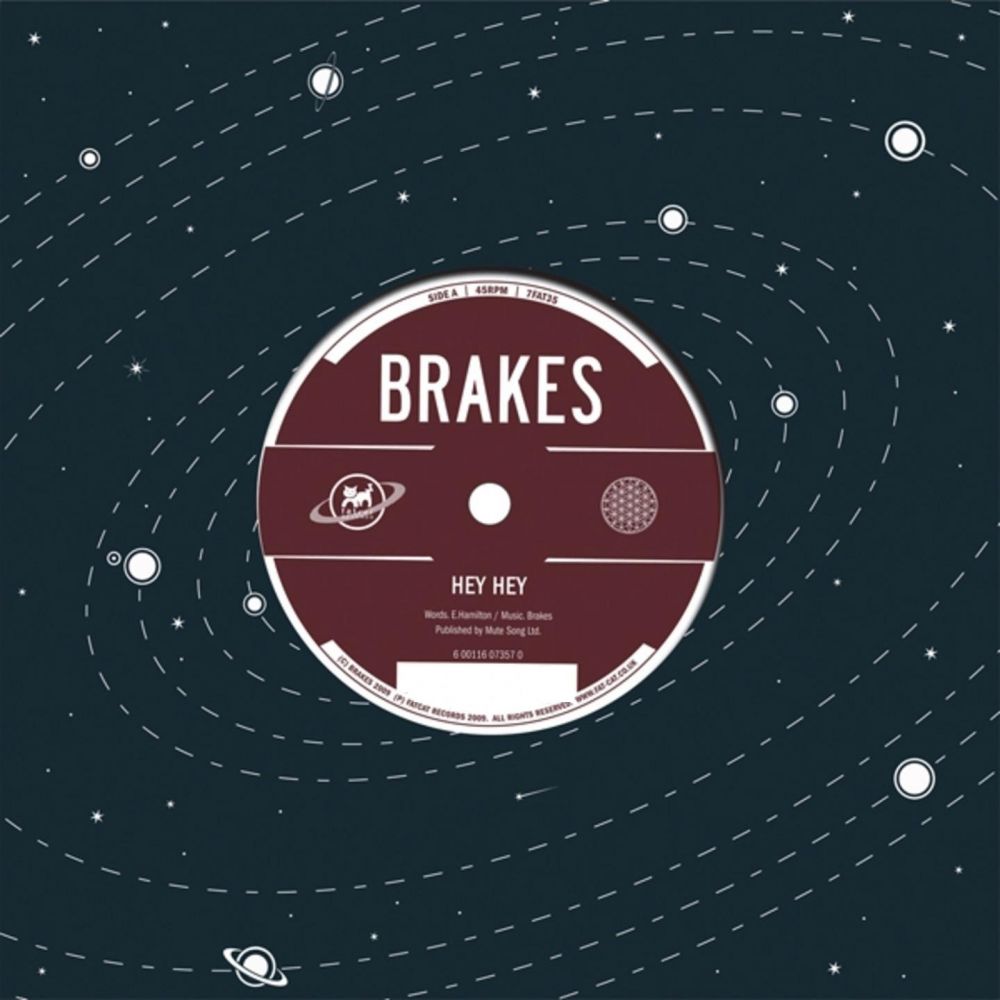 Brighton’s Brakes preceded their first full-length album for FatCat (April 2009’s ‘Touchdown’) with this, a spiky, unashamedly rocking 7” entitled ‘Hey Hey’, recorded – along with the rest of ‘Touchdown’ – by The Delgados’ Paul Savage at the legendary Chem 19 Studios in Scotland.

Former British Sea Power keyboard player Eamon Hamilton put Brakes together in 2003 with the help of friends and collaborators Tom and Alex White (of Electric Soft Parade) and Marc Beatty (of The Tenderfoot). According to Hamilton’s own account “the immortal words ‘let’s form a band’” were the inimitable starting place that inspired his co-musicians to help transform his solo songs into a blend (to quote Hamilton again) “of Johnny Cash, the Clash, the Pixies and Woody Guthrie”. After two albums for Rough Trade Records (2005’s ‘Give Blood’ and 2006’s ‘The Beatific Visions’) – both of which critically-acclaimed, devilishly-astute reactions to the world Hamilton idiosyncratically inhabits – and a lot (a lot) of touring, 2008 saw Brakes find a new home with FatCat, and ‘Hey Hey’ is their first release for their new label.

‘Hey Hey’, lyrically, tells the story of a man who survives a boat crash, swims to shore and tells his story in a bar. Hamilton’s lyrics, as with previous records, are delivered in a way that comes across half spat, like dogmatic socio-political agenda, and half affectionately-recited, like the poetry of a man of stirring vision. Key lyric: “Hey, hey, it’s a cartwheel day/better grab it quick before it rolls away”. Musically, there are hooks; a giant, rock guitar riff; handclaps; squalling feedback and a crashing, driving rhythm section, all ablaze with a pure punk energy and humour. There is a huge, relentless chorus and an animated Mariachi war-cry, and there is the songwriting craftsmanship and the rebellious spirit of folk music and country music all entangled within this sonic exuberance.

One of Brakes’ more traditional-length singles (see; the 26-second ‘Pick Up The Phone’ and its 10-second b-side ‘Cheney’), ‘Hey Hey’ represents a band itching to show the world new material, a perfectly-honed addition to (and an exciting development of) their existing canon and a reason to eagerly anticipate ‘Touchdown’.

B-sides ‘Consumer, Producer, a chicken or an egg’ and ‘Set A Course’ tell two sides of the Brakes story: the former is 6 seconds long, and features the title (and no other lyrics) barked over a fuzzy, thorny, single-note guitar line. The latter is a country-inspired heartbreak – there are softly intertwining vocal lines and guitar melodies; inspired chord changes; a gently-rolling rhythm that evolves into a soft forward momentum and the beautiful, deceptively simple lyric “We’ll know where we are when we get there”.