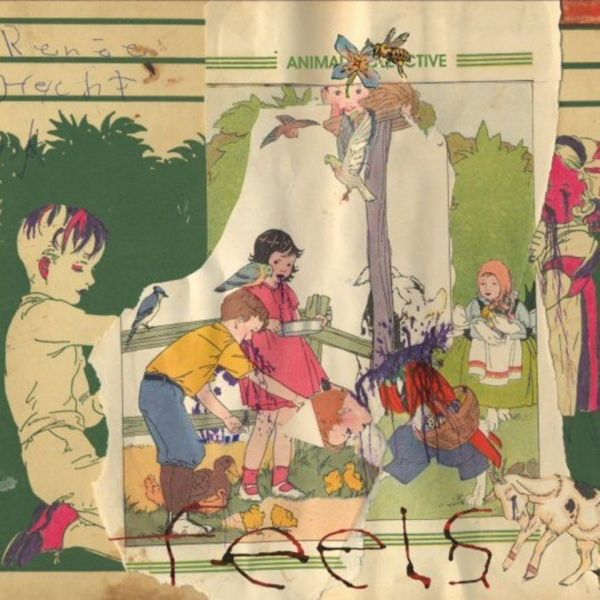 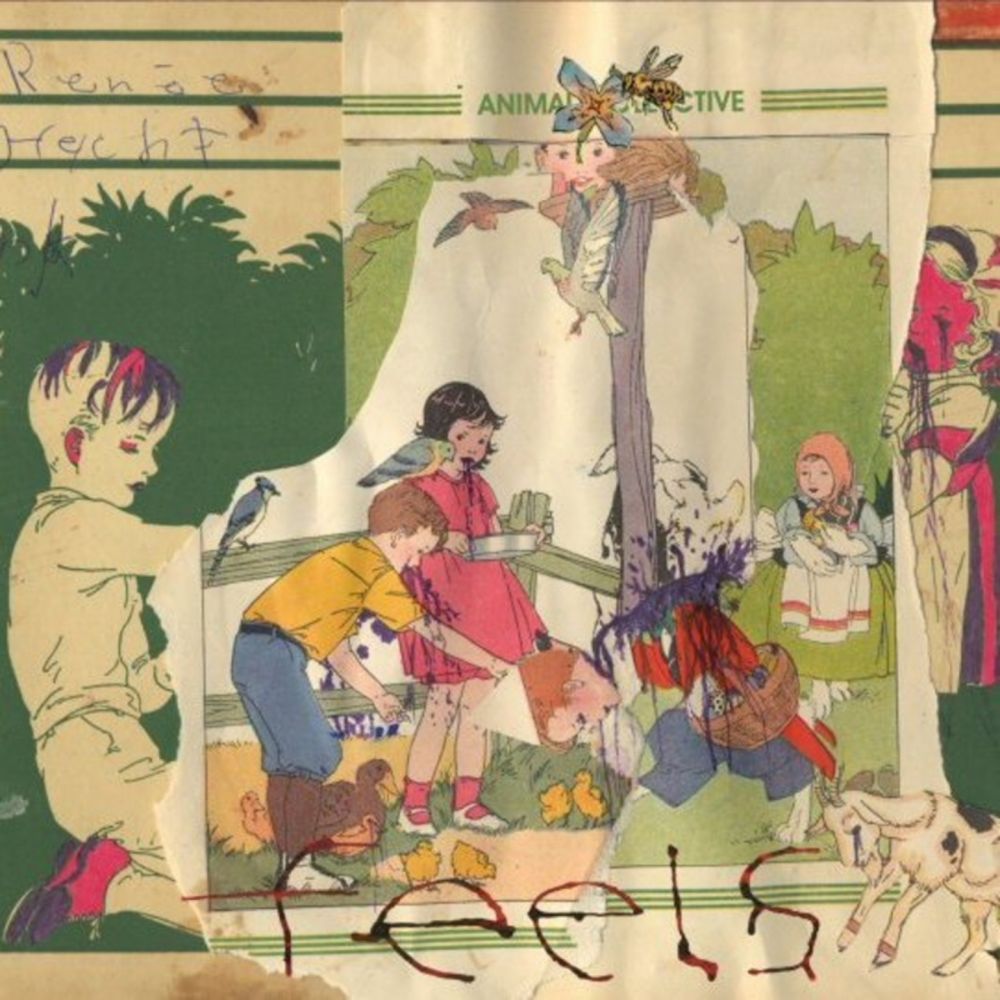 Following 2004’s widely acclaimed ‘Sung Tongs’ album and more than a year of snowballing momentum, Animal Collective return with an eagerly-anticipated new album – a truly stunning, inviting, often heart-warming experience. ‘Feels’ is the band’s seventh album to date and, as has come to be expected, sees them again kicking off from their previous release to explore another different direction. Where ‘Sung Tongs’ was largely acoustic-based and the product of just two members of the Collective (Avey Tare and Panda), ‘Feels’ is in contrast a full group effort (also including Geologist and Deakin). Moving further away from the suggestion of folkish affinities (they always sat in their own space, came at things from a different angle), it is electrified, rhythmically more urgent, and overall a considerably denser work. Those sweet melodies and big catchy hooks remain intact, and the songwriting is once again bold, brave and adventurous, as ever indelibly stamped with their own unique personality. Punchy, infectious, immensely rich and varied, ‘Feels’ is both hugely inventive and tightly focussed and sounds like nothing else right now. Growing ever more confident and fully on top of their game, there is quite simply no other group around quite like them.

Taking inspiration from a wide range of sources without ever being reducible to a list of influences, Animal Collective make challenging modern pop - music that defies easy classification or lazy pigeonholing. The mixture of electronics and traditional instrumentation, of songform and soundscape are integrated brilliantly and totally convincingly into a coherent, logical whole. While some tracks will grab you immediately – goose bumps and all - ‘Feels’ is a deep work that demands and rewards repeat inspection. Each new listen yields fresh surprises. Fluid song structures swell and ebb, building a throbbing, shimmering wall of sound. Each song on the album is rippling, layered with intricate activity – the melodic / rhythmic skeleton embroidered with a myriad colours via sampled noises and looped rhythms, little electronic tics and textures, vocal harmonies, tones and drones.

Recorded through March with producer Scott Colburn (Climax Golden Twins / Sun City Girls) at his converted church studio in Seattle, the album also features significant contributions from violinist Eyvind Kang (Mr. Bungle / Sun City Girls / Arto Lindsay / Laurie Anderson / John Zorn), and Kristín Anna Valtysdóttir (Múm / Storsveit Nix Noltes), who plays piano throughout. Avey Tare’s vocal range seems to have grown – witness the feral hollering of ‘Grass’ or ‘The Purple Bottle’; the candy-kid bawling of ‘Turn Into Something’; or ‘Banshee Beat’s beautifully restrained near-whisper. The album also sees an exploration of the guitar that’s as inventive and controlled as My Bloody Valentine at their peak. Whilst ‘Flesh Canoe’ is perhaps the only track that really recalls that influence directly, throughout the album is irradiated by a swirling web of guitar / piano melodies and shifting perspectives. There also seems to be an African influence in the playing - cyclical webs and staccato note-sprays; resounding choruses.

‘Feels’ is undoubtedly a very varied and beautifully flowing album. Running the gamut of emotions, it is by turns melancholic, hypnotic, caustic, woozy, overjoyed, introspective, and just plain achingly, heart-breakingly beautiful. 3 of the opening 4 tracks blast out an infectious sense of urgency and growing confidence – driven by pounding drums and yelping and hollering vocals; ‘Bees’ and Daffy Duck’ are slow-glowing ‘ambient’ sprawls; ‘Banshee Beat’ is as stunning as any track we’ve heard this year – both physically and emotionally it’s deeply affecting - a heart-melting, slow-spreading tingle of a track that positively demands a foot-shuffling reaction; ‘Loch Raven‘ builds around a sparkling jewel of an Aphex-y electronic melody, glistening piano notes, padding drums and vocal interplay; whilst ‘Turn Into Something’ neatly rounds off the album by spanning an arch from high energy exuberance to a slow, languorous immersion.

A dazzling ride from start to finish, ‘Feels’ pushes Animal Collective’s challenging and changing agenda on to the next level, and confirms the band’s place as one of the most ambitious and forward-thinking modern bands.